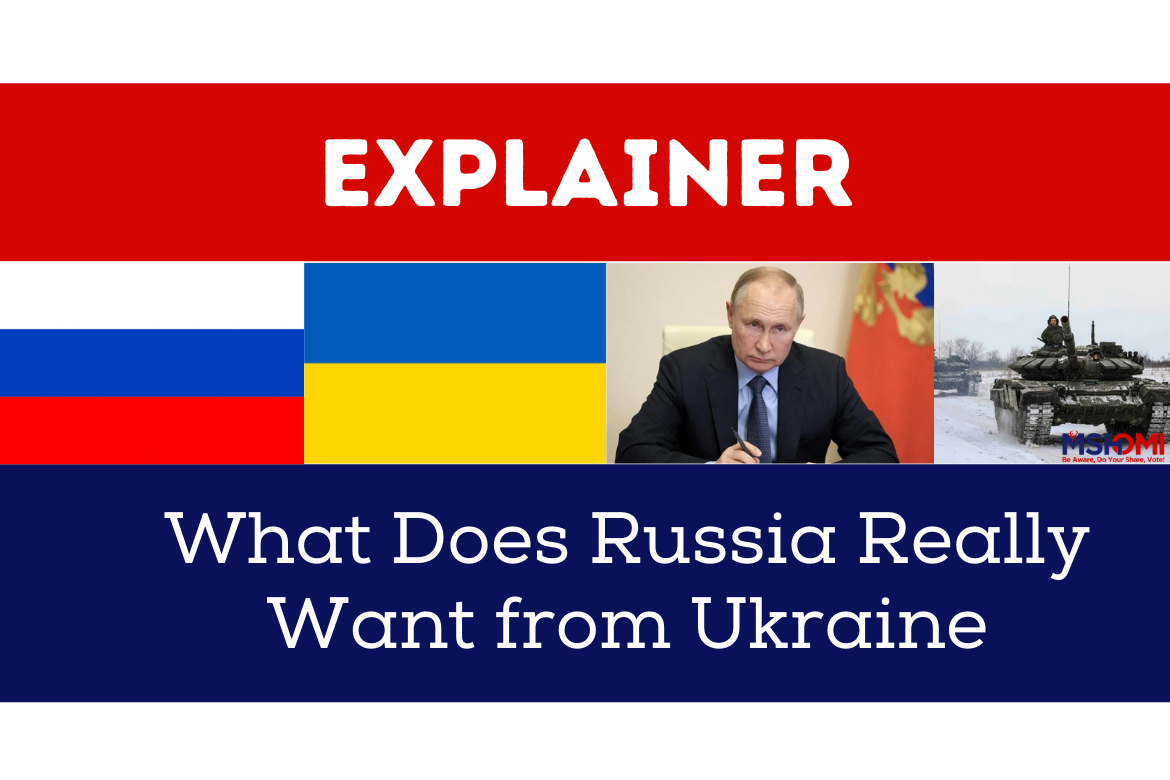 Although Russia has claimed that it is diluting its forces from the Ukraine border, the United States has accused the former Soviet Union of lying about the troops’ withdrawal.

Just a few days ago, the tensions between the two former foes of the Cold War seemed to be reduced, but now once again, the relations are deteriorating.

Here are the Frequently Asked Questions(FAQs) regarding the Russia-Ukraine conflict and where the US is standing.

Why does Russia want to invade Ukraine?

When Russia disintegrated after the cold war, it was a nightmare for the communist state.

Ukraine was part of the Soviet Union before its disintegration, and Vladimir Putin looks like he is committed to restoring the distorted boundary of Russia.

Ukraine is the easiest target for him at the moment, and by invading it, Putin wants to give a message to other former Soviet Russia members that their turn can also come anytime.

As Biden has already announced that he would not intervene militarily in the whole episode, this is what encouraged Putin to further his ambitions. Dictatorial regimes like Putin rarely care about sanctions, which the Biden administration is warning to put on Russia in case of a possible invasion.

As they do not have any political pressure upon them, they will just pass on those sanctions on their public and silence them if any backlash happens. Russia is currently controlling the key to global oil prices, and it can exploit this leverage if America imposes sanctions on it.

Russia is a major player in the global oil bureaucracy, and this is what motivates it to take its steps. Most of Europe is being run by Russian oil, and in case they decide to go against Russia by siding with NATO or America, Russia will go all out on them by choking their oil supplies. Has Russia announced to invade Ukraine?

Russia has often reiterated that it is not planning to attack Ukraine. But the hefty amount of troops on the border suggests otherwise.

For Biden, believing in the Russian state narrative is a hard thing to do, as the media only shows what Putin wants them to show.

The US is currently trying to make its foreign policy based on the visuals which the world can see on the Russia-Ukraine border. With mighty military equipment overhanging on the said border, the war seems imminent, even if Russia denies the possibility of it.

Can Ukraine turn out to be Afghanistan 2.0?

The worst-case scenario for the Biden administration would be a repetition of the Afghanistan episode in Ukraine.

Biden’s deadline for Americans living in Ukraine to leave the country is already over, and the president has indicated that he would not let the US military allow to evacuate leftover Americans in Ukraine.

As he urged Americans to act proactively rather than reactively, a big chunk of Americans still resides in Ukraine.

If the government fails to mass evacuate Americans stranded there, it will be a politically tough decision for Democrats, especially ahead of the midterm elections, and at a time when the consequences of chaotic Afghan withdrawal still show up in polls against Biden. What does Putin Really want from Ukraine?

Nobody knows the answer to these questions, and the inquiry is even unknown to Putin himself. By now, he has left the west guessing what he is planning to do.

By keeping his ambitions vague, Putin wants America and NATO to fulfill his demands that can become irrelevant if he unleashes his complete plan. For instance, Russia has asked NATO that Ukraine would never be offered NATO membership.

Similarly, Putin wants NATO to stop its military practice near the Ukraine border, not to mention that it is asking NATO to take its troops back from many European countries as well. Russia does not want NATO on its borders, and this seems to be the major policy goal for Putin. But still, nobody would know until it happens in real life.

Russia-Ukraine conflict is worsening, with no signs of normalcy. The relations between both the United States and Russia will keep on nosediving in the foreseeable future, and both the countries will keep on guessing each other’s moves in this highly anticipated clash.