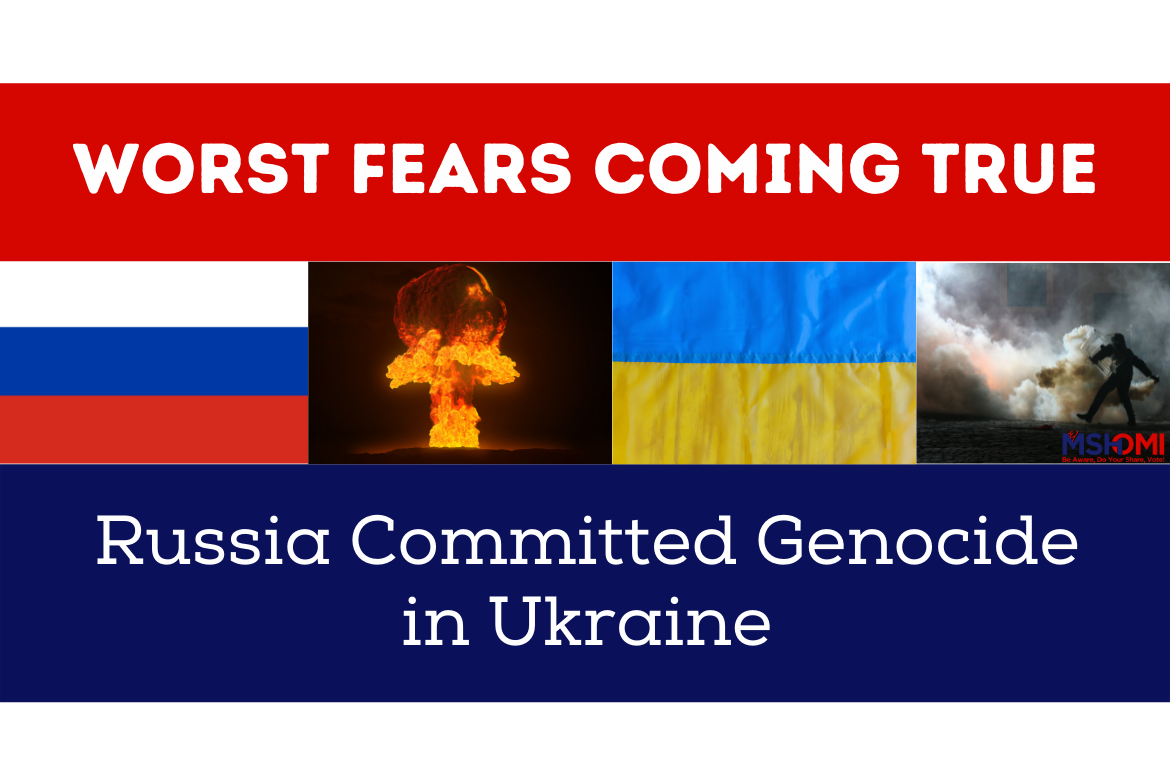 The dark side of the war in Ukraine is now unfolding after the Russian withdrawal from the capital city of Kyiv. This withdrawal of Russian forces from the region of Bucha has left Ukrainians astonished.

The dead bodies of civilians tied with rope and shot at close range are being found in great numbers in the region where Russian forces have been present since they encircled the city of Kyiv.

According to the defense minister of Ukraine, the authorities have found 410 dead bodies of civilians in the retreated region. Russia’s Massacre in Ukraine: The Dark Side of Humanity Unfolding

Although Russians were quick to reject the allegation, terming them a “provocation,” it can easily be established that Russian forces did violate international law and committed a genocide against unarmed Ukrainians.

This can even be verified by the fact that many residents of the region recalled the horrors after the Russian withdrawal.

An unnamed resident revealed that Russian forces used to go into every building to pull out Ukrainians from their basements where they were hiding from the war, check their mobile phones for anti-Russian material and kill them en masse.

One resident, according to the Associated Press, claimed that the mayor of the city, alongside her family, was killed and dumped by Russian forces in a neighboring forest.

When that forest was searched, the authorities did find out the tied dead bodies of the very same people. All of this suggests that Russians undeniably perpetrated a massacre against innocent civilians.

As Russia has changed its war strategy, it now remains on international prosecutors how can they pursue a case of such high importance.

Europe, a continent largely relied on Russian gas imports is aiming to ban these imports.

France’s president who was supposedly doing negotiations with Putin voiced tough remarks against him.

The UN officials have already called for global arrest warrants for the Russian president. Now the thoughts of involving NATO directly in the conflict are also being discussed on many media channels.

Earlier in the conflict, it was unanimously agreed in America that NATO should not be part of any direct military intervention in Russia.

However, since the horrendous images of the Ukraine civilian massacre went viral, many political pundits are now advising the administration to instruct NATO to defend the civilians using military action.

But as of now, it still remains dominant that no NATO aggression would be seen against Russia due to the severity of the threat this move possesses.

The news is even circulating that Russian soldiers raped women before killing them, which is a concerning factor for human rights watchdogs as well.

A Sense of Horror is Circulating in Ukraine

Undoubtedly, human rights have been compromised in the Russian Ukraine war, seeing the things which were unknown till the Russian withdrawal.

Obviously, Russia would not admit to committing the genocide against unarmed people, as it would be subjected to a whole new slate of sanctions otherwise. However, human rights organizations have a role to play.

Now investigations in other regions which Russia occupied should also be considered since a country willing to kill civilians in one place can also do it in others.

These developments have also given a shock wave to those who are about to be attacked by Russia. Now Russia is officially up to Ukraine’s eastern part, where citizens watching all these visuals would certainly be uncertain about their future.

These war crimes could have been predicted at the time when Russia was busy bombing other civilian facilities in Ukraine.

Russia was so audacious to get away with international law that they bombed Russia bombed many places, including a children’s hospital.

In a nutshell, independent investigations must take place, and those behind the genocide should be brought to justice. Otherwise, Putin-led Russia can end up making a mess of the whole world.

This is How Biden Saved Putin from Humiliation in Ukraine

Plunging Climate: The Real Collective Threat to Everyone