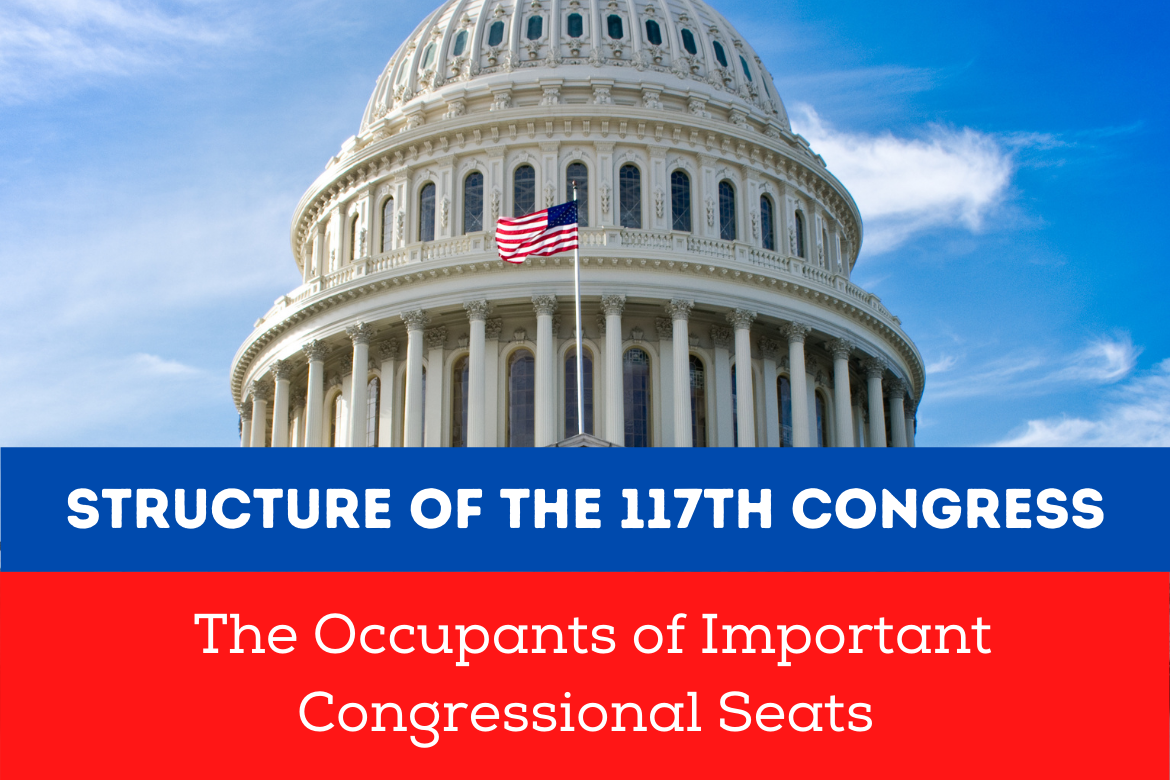 The US Congress is a bicameral legislative body, with the House of Representatives as the lower chamber and the Senate as the upper chamber formed under Article 1 of the US Constitution.

This bifurcated structure of Congress gives different powers to both the chambers of the legislature. Besides legislation, Congress has other jobs to do, for which both the houses mutually cooperate to accomplish.

With the 2020 elections, Democrats have finally controlled both the houses of Congress. Now, it will be easy for Biden to introduce the legislation he always wanted.

There are numerous committees also working on a variety of matters that make the US Congress more efficient. What is the structure of Congress? Who is controlling the important positions in Congress now? Let’s have a look.

Structure of The House of Representatives: Lower House of the Congress

The House of Representatives is the Lower House of the Congress, with 435 members elected by vote. Now, when the 117th Congress has been inaugurated, the Democrats control the House, albeit by a small majority, which is a worrisome sign for Democrats,

Democrats won 232 seats compared to 198 by Republicans in the mid-term elections of 2018. However, in the 2020 elections, at least nine Democrats failed to win reelection, as their majority shrunk to 222 seats this time.

On the other hand, Republicans showed improvement in the 2020 elections by winning ten more seats, allowing their total count in the House to reach 210 seats. The other 3 seats not called due to the close vote count yet. It is also important to note here that no Republicans lost reelection this time.

The House of Representatives goes to an election every second year, so by improving their campaign strategies, Democrats can show improvement in the 2022 elections. It is also a sign of worry for Biden, as if Republicans push more, they could even snatch the majority of the House from the Democrats.

The House has representation from every part of the country, according to the population of the state. The population is determined by the US census. So, currently, California, with its 39 million population, has a share of 53 seats in the Lower House of Congress, where Democrats enjoy a large majority from California, with 42 seats.

States like Alaska, Delaware, Montana, Vermont, South Dakota, North Dakota, and Wyoming have only one representative each due to their smaller populations. An individual has to be at least twenty-five years old, with seven years of residency in the US, to be a member of the Lower House.

William C. C. Claiborne has a record of being the youngest member of Congress, who became a Congressman in 1797 at the age of twenty-two. Jed Johnson Jr., son of the former congressman Jed Johnson, had been the second youngest at twenty-six, while this time, in the 2020 elections, Madison Cawthorn became the youngest Congressman of the 117th Congress at twenty-five.

Read Also: Powers that are Enjoyed by the United States Congress

Leader of the House:

The speaker leads the Lower House of the US Congress, and he or she oversees the debates, along with other responsibilities. The Speaker of the House is second in the line for the presidency, after the vice president. Nancy Pelosi, who was the speaker of the 116th Congress, and will continue serving the Congress as Speaker once again for the next two years, Structure of Congress: The Senate:

The Senate is the Upper House of the US Congress, and its members are elected for a term of six years. The seats are divided in a way that one-third of the seats become empty after every two years and filled through an election in that year. In this way, elections on these seats, along with the House of Representatives, are conducted every second year.

After a deadlock on the election night, Democrats have finally won the Senate, which will certainly help Biden to pass the legislation.

Unlike the Representatives, two Senators are elected from each state. So, there are 100 Senators in the chamber at a time. An individual has to be at least thirty years old, with nine years of residency in the US to serve in the Senate. At the time of the election, a Senator has to be a resident of the state from where they are conducting the election. President of the Senate:

The Vice President of the United States also serves as the President of the Senate, according to the Constitution of the country. In the 117th Congress, this role is going to be very important because Kamala Harris is likely to cast a tie-breaker vote many times during the next two years.

Apart from casting tie-breaker votes, the Constitution gives very little power to the President of the Senate as compared to the Speaker of the Lower House.

In addition, the office of President pro tempore is also essential in the Senate. The office is given to the longest-serving Senator of the majority political party in the Senate.

The current office holder is the Republican Senator Chuck Grassley, who will be succeeded after January 20 by a Democratic Senator. The officeholder is third in line for the presidency, after the vice president and Speaker of the House.

The structure of Congress is bicameral, which was designed under the first Article of the Constitution of the country. Although there are numerous political parties in the country, the US Congress revolves around two parties named Democrats and Republicans.

If the same ruling party controls both houses of Congress and the presidency, the presidential duties become very easy. However, suppose the House majorities are owned by the opposition parties. In that case, it presents significant resistance to the president, who has to comply with the terms of the Congressmen and Senators for running the affairs of the country.