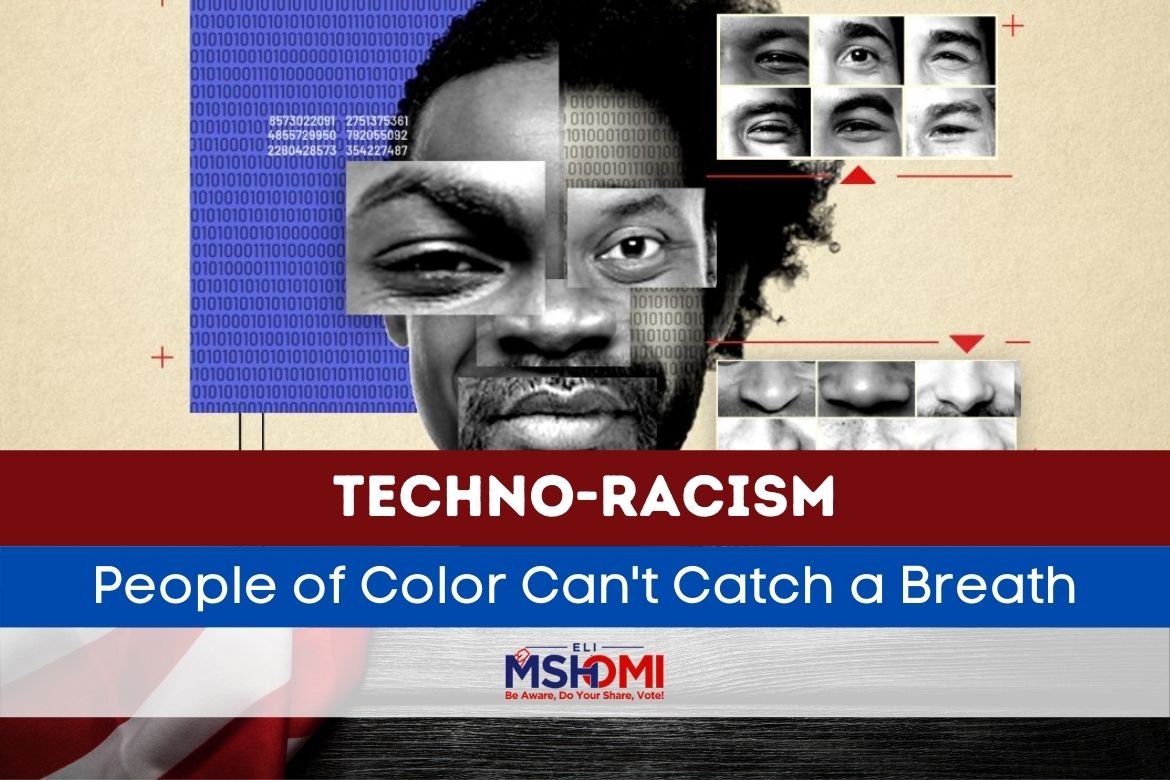 Some people of color are fighting legal battles to eradicate systematic racism embedded in the United States social structure. Others are facing new avenues in discrimination, predominantly racism in technology or techno-racism.

Fighting technical algorithms will be even more severe as not everyone is well-equipped with the technical knowledge, and they may misdirect their energies.

This paradigm shift from the Black Lives Matter doctrine in the aftermath of Derek Chauvin’s verdict needs to be addressed on an immediate basis.

Techno-racism is embedded in technology that we use in our daily lives.

The most pervasive form of racism in technology is the facial recognition apps that discriminate horrendously against Black people.

Although the term came into the limelight in 2019 when a member of the Detroit civilian police highlighted the problem of facial recognition in recognizing the face of people of color, the phenomenon became the talk of the town recently amid the rising racism in every domain.

In 2020, the UN Special Rapporteur report argued that digital technologies are explicitly used as a tool for racial discrimination.

The report also highlighted that such discrimination exists even when developers do not intend to install them in systems.

Netflix also tried to expose this racism through coded bias. The American Civil Liberties Union described the discrimination in facial recognition as the most dangerous technology present.

Techno-racism is making the lives of people difficult. In 2019, Nijeer Parks spent eleven days in jail due to a false facial recognition.

Another similar case was seen when Detroit police arrested Robert Williams because of false facial recognition.

The need to use AI for people is undoubtedly more than ever, but facial recognition systems must be built without prejudice.

A study conducted by the National Institute of Standards and Technology concluded that facial recognition could falsely identify African Americans and Asian faces 19 to 100 times more than Caucasian faces.

This has sparked the call from police departments, which are cautioning using facial recognition for evidence instead of investigation. Racism in Technology: An Attempt to Further Marginalize Black Americans

Applicants must upload certain documents, including their pictures, which are being verified by the database.

So, at the end of the day, many people of color end up missing these unemployment benefits due to this racially biased software.

It has been found that commercial facial technology used by some big techs, including Google and Amazon, is found to be 40% inaccurate while dealing with people of color.

This leads to misidentification that African Americans are committing fraud, ultimately and further escalating traditional prejudices against Black Americans.

Many risk assessment tools in the United States, including mortgage algorithms, use online lenders to determine the rate of loan applicants.

A 2019 study conducted by US Berkeley researchers found that African Americans and Latinos face bias in mortgage algorithms. They are paying billions of dollars more in interest as compared to their white counterparts.

The Department of Housing and Urban Development even sued Facebook back in 2019 for targeting housing ads based on race, color, and ethnicity.

Finance Professor Adair Morse of Berkeley argued disparity in risk assessment tools is ”discriminating, even under the law.”

The debate of techno-racism has also introduced the need to solve these prevailing crises.

In such an attempt, Amazon has announced it will temporarily halt providing facial recognition technology to the police departments as their commitment to fighting against technological racism.

IBM has also stopped its facial recognition programs and has debated whether law enforcement agencies should use this technology.

AI for People, a non-profit organization, is working with African American communities to educate people of color about using modern technologies and overcoming the challenges it brings for them.

So, more awareness about this discrimination is the need of the hour to save Black Americans from yet another mess.

This techno-racism crisis needs presidential attention as well, especially in today’s time when voter suppression and police brutality against people of color are at their peak.

Tanzania’s Iron Lady: One Day Rule of Samia is Better than 100 Years of Magufuli