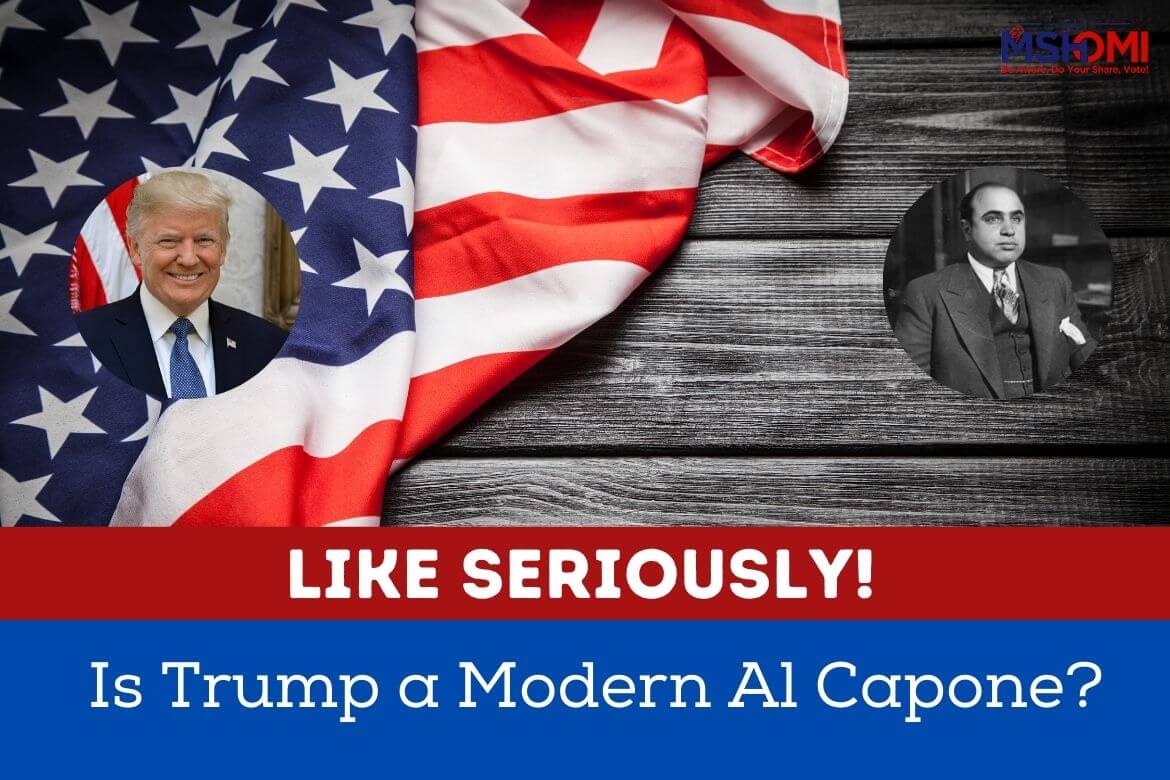 As the Supreme Court allows the New York prosecutors to access Trump’s tax and other financial records, Trump moves one step closer to the ultimate destiny that he can face, just like Al Capone.

As if the case against Donald Trump to incite the mob attack on the US Congress was not enough, Trump is now in hot water after the Supreme Court decision.

Another similarity between both of these men is the propagation of violence in the United States. While Al Capone continued harboring safe havens for criminals, Donald Trump also promoted violence by supporting the likes of the Proud Boys, QAnon, and other radical groups.

How are Trump and Al Capone related to each other, and what does the latest Supreme Court decision hold for Donald Trump’s future? Let’s see. The latest decision of the Supreme Court came at a time when Trump was already burdened due to his alleged involvement in the Capitol Hill attack.

Even though he was acquitted in the Senate impeachment trial, this decision can serve the purpose of pushing Donald Trump into the dead-end tunnel.

After a struggle of a year and a half, Cyrus R. Vance, the Manhattan District Attorney, has finally convinced the Supreme Court to give him access to Trump’s tax records.

It can pave the Democrats’ way to bringing Trump to justice. Now, it is only a matter of days before all of his lies regarding his financial dealings during or before the presidency will be a matter of public debate.

Not long ago, just before the November elections, Trump was accused of paying only $750 in taxes, a fact which Trump vehemently denied.

The reaction of Donald Trump to the court ruling speaks volumes about the possible repercussions of the decision. Having the complete knowledge of his financial misdealings, Donald Trump already knows the sort of punishments he can face due to these tax frauds.

As a wealthy businessman, Trump’s financial records will have much to offer to the prosecutors, who can pick up even the smallest of his misdoings to build a case around it. All of this will push Donald Trump into the destiny which Al Capone lived.

The story of Al Capone was no different at all. Al Capone’s famous words that caused significant trouble for him were,

Mable Walker Willebrandt was the Assistant Attorney General who noticed that the gangster did not file his tax returns, despite having millions of dollars in income per year.

As the IRS investigated Al Capone’s case, the primary challenge in front of the investigators remained the totality of income Al Capone had, as most of his income was illegal.

However, the IRS work became easy when Al Capone himself offered to pay taxes, which served as an admission of guilt.

As the events unfolded, Al Capone was charged with tax evasion in October 1931 and jailed for eleven years alongside paying the fine and other court costs.

Donald Trump can also be accused and prosecuted in the same way. As a matter of fact, his money did not come only from his business but also from the Republicans’ campaign funding, which Trump diverted towards his bank accounts.

If prosecutors cash in on this opportunity, the destinies of Donald Trump and Al Capone will be the same. The former president can also be tried against the charges of tax evasion. Trump and Al Capone: The Masterminds of Violence in the United States

Although the tax evasions still remain the primary similarity between both these violent men, another thing that brings them closer is their allegiance toward the radical groups.

Al Capone was a famous gangster before being convicted of tax evasions. Since dropping out of school at the age of fourteen after beating his teacher, Al Capone was involved in petty crimes in New York.

He then made connections with Johnny Torrio, who would become his mentor for his lifetime. Mobster Johnny Torrio was a well-known gangster back then and one of the founding fathers of the Five Points gang. Capone was directly involved in many murders, some in New York, but mostly in Chicago.

When he moved to Chicago, he became the front-line gangster of the United States. During this time, his actions proved his title of the biggest gangster in United States history. During his stay in Chicago, he was involved in prostitution, gambling, rum-running rackets, and killing rivals just to expand his territory.

Now, if we see Donald Trump, it is easy to analyze that violence is the stark similarity between Trump and Al Capone.

Although Trump was not involved directly in violence most of the time, his approval of the violent groups qualified him to be compared with the likes of Al Capone.

Whether it was the aftermath of George Floyd murder, embracing QAnon’s conspiracy theories, supporting the Proud Boys in the presidential debates, threatening to use military power in the United States, or the biggest of all, the possession of the nuclear codes despite inciting violence in the USA, Trump was a pure danger to the sovereignty of the country.

Born in different centuries, the actions of Donald Trump and Al Capone resemble each other like they were high school friends.

Considering the crimes committed by Donald Trump during his presidency, he can be compared with every career criminal of history.

Trump is a combination of Charles Manson, OJ Simpson, and Al Capone, who learned violence from these men and experimented with it in the US.

Democrats should consider this Supreme Court decision of acquiring Trump’s tax records a golden chance and use it to the maximum possible extent.

Today, Democrats have more things to use against Trump than ever before. If they successfully pursue all the avenues against the former president, it is only a matter of time before he will be behind bars.