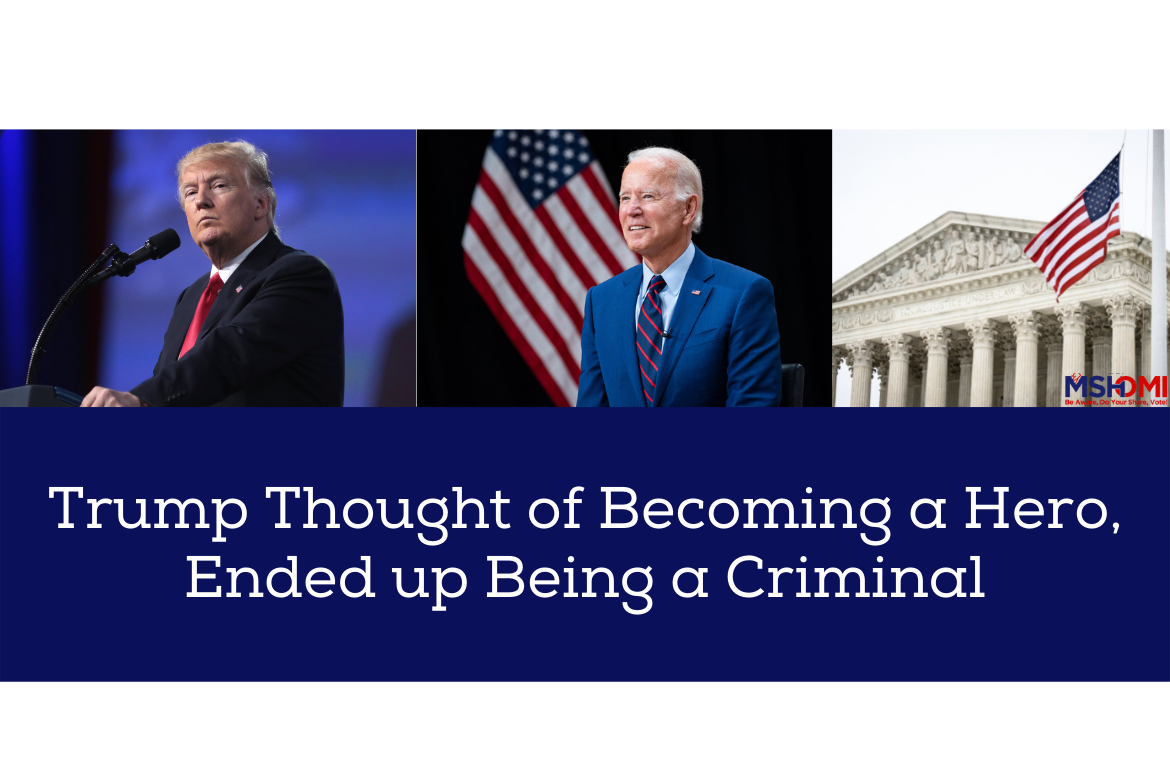 The repercussions of disrupting US law have started coming against former president Donald Trump, who tried to stop Biden’s certification toward the Presidency.

A power transition that was more of a norm in America saw unusual patterns in the aftermath of the 2020 elections when Donald Trump decried foul about election fraud.

A federal judge claimed just recently that in all of his efforts, the former President has “more likely than not” committed federal crimes while trying to stop vote certifications.

These comments can put exorbitant pressure on the department of justice, which can be forced to launch new investigations against the former president. For a long time, Trump was hesitant to hand over some important data to relevant authorities. Now the actual reason behind all of that is being unfolded as the remarks of the federal Judge David O. Carter came after reviewing a number of emails, which the former President refused to give to the House select committee.

Although the finalized decision of the Judge has not come as of now, the Judge’s remarks seem to be an indication of what is coming his way in the near future.

The Trump team is trying to get away with the emails under the attorney-client privilege laws, which bar the judiciary from intervening in matters of bilateral dealings.

However, as they are failing to do so, his team is stepping forward to denounce the opinion of the Judge. His spokesman Taylor Budowich accused Democrats and the left-wing of “weaponizing” the court against Donald Trump.

Reportedly only one of the many emails is troubling for the former president, but even one is enough if it serves the purpose it is supposed to do.

But Trump’s well-known public facts would also be a nightmare for him, as the incitement of violence against the US constitution could easily qualify for a criminal charge.

Time for the Justice Department to Stand by its Values

The timing of the remarks holds significant importance, as the justice department is pushed for decision making at a time when Biden is about to present his last federal budget before the midterm elections.

Democrats may need Republican support to pass the budget from the Senate. However, if the Justice Department launches an inquiry against Donald Trump, it would only intensify bipartisan tensions in the country.

But the role of Supreme court justice Clarence Thomas has become controversial here. The wife of Thomas, namely Virginia Thomas, who is also a conservative activist, sent text messages to Trump’s White House Chief of Staff Mark Meadows and pushed him to work aggressively in overturning the results of the 2020 presidential elections.

The House Committee is also seeking to interview Virginia Thomas for her conspiracy against the US constitution.

If Democrats manage to find the role of Justice Thomas in all of this, he can easily be impeached for breaching his oath.

As this is the second time a federal judge has indicated that the former commander-in-chief was involved in violating the law, it can also impact the political causes of those Republicans who are seeking Trump’s approval in the midterm elections.

This is the first time that the Judge commented on the content of Trump’s emails, and the timing overlaps with the ongoing campaigns of Republicans for the November elections.

Thus Democrats have a golden opportunity to investigate how Trump managed to trick the system, which was supposedly the best in the world.

With this, they can eventually campaign against Trump and hence Republicans by reinstating the message that many Republicans backed Trump in invading Capitol Hill.