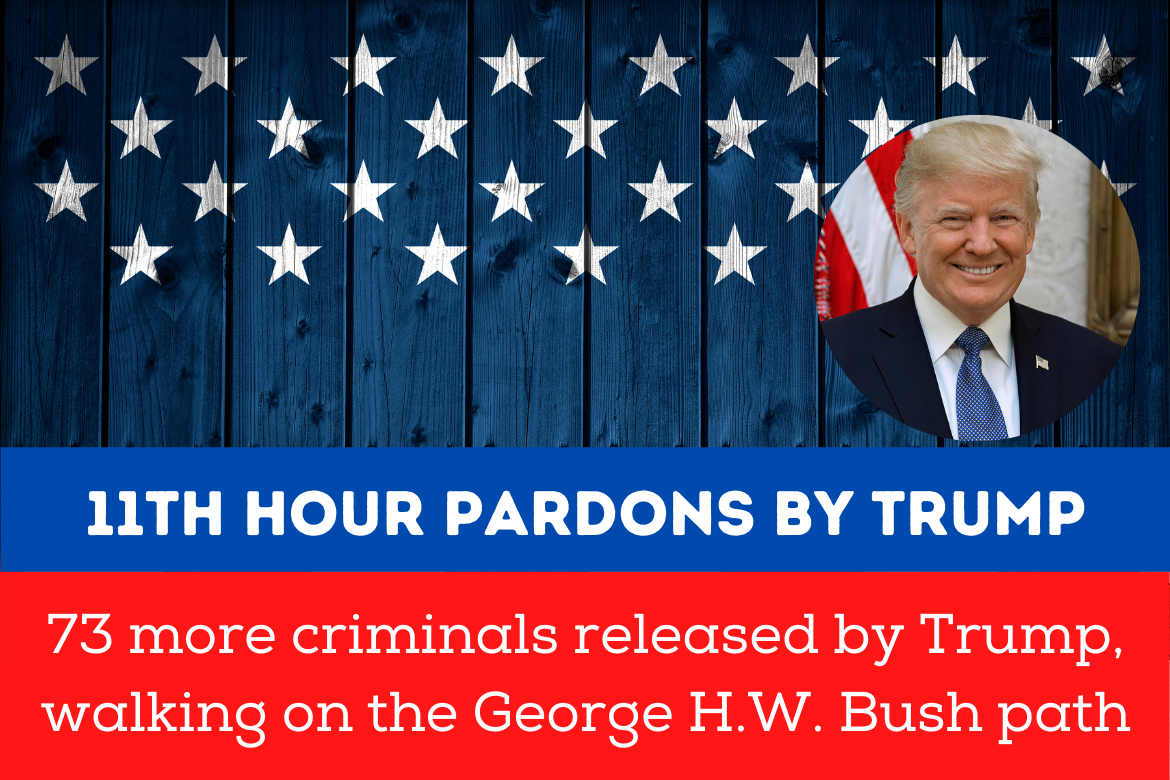 For one last time, Trump has used his presidential pardon powers to help 73 more people evade justice. Trump has previously issued 70 commutations, so in total, 143 people have been favored by Trump during his last nights before leaving the presidency.

Walking on the footprints of the former Republican president, the late George H.W. Bush, Trump carried on the Republican tradition of giving 11th-hour pardons and took the game to the whole next level.

In the final round, Trump pardons his ex-aide Bannon, along with 72 others who were involved in different types of federal crimes. There are two things in common between George H.W. Bush and Donald Trump. First of all, both of them are Republicans, and secondly, both of them were one-term presidents. So, it’s pertinent to make the comparison between the pardons issued by each of them just before leaving the office.

If we compare them with the George H.W. Bush pardons, we can see that Trump somehow walked on his path. Although Bush also pardoned a lot during his presidential term, however, the 11th-hour pardon on January 18, 1993, just two days prior to leaving the presidency, clemency was given to twelve people. Let’s look at how George H.W. Bush pardoned the people below before leaving the presidency.

If we look closely, both Trump and Bush pardoned people related to crimes involving financial fraud, marijuana distribution, and forged records. These last-minute pardons are a real obstruction to justice, as they block the justice department from providing penalties to the people who were on the receiving side of these committed crimes.

Read other Pardons Given by Trump: