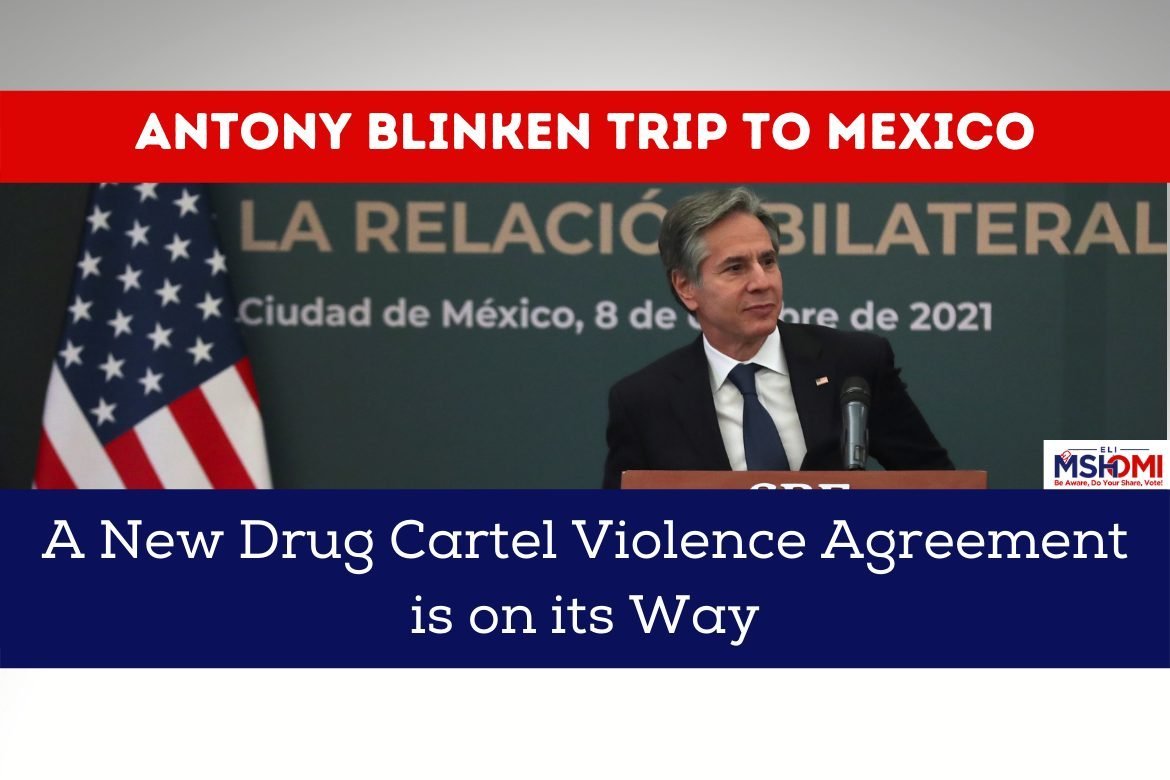 The unstable regime in Mexico has often created problems for the US, as drug cartel violence remains a pervasive issue at the US-Mexico border.

This has made Antony Blinken’s Mexico visit and his meeting with Mexico’s President Lopez even more important, as the two countries are about to sign a new agreement that would seek to curb this drug infiltration.

Amid all of this, the Merida initiative can be jeopardized altogether as the countries try to approach a new deal.

The US was providing armaments, technical and logistics support, and training to Mexico to address violent crimes, especially drug cartel violence.

Once this agreement is wrapped up, the US will find alternate ways to support Mexico to curb the cartel issue.

One of the reasons to overhaul the Merida agreement is that it is failing to address the modern-day challenges that are hindering the progress of the region.

Since 2008, America has given nearly $3 billion to Mexico under the Merida agreement.

However, the results achieved through these programs remain questionable to a great extent.

For instance, almost 300,000 people have died in cartel violence since the outbreak of the drug wars in Mexico in 2006.

There is a school of thought which believes that the militarization of the whole phenomenon is one of the reasons why the countries are failing to address the issue.

This path has just split the larger cartels into smaller ones, which are now scattered all across Mexico.

The end of the agreement will not be on a unilateral basis.

Mexico is equally unhappy with the current agreement, which encourages it not to support it anymore.

This is the reason why the Mexican president said that they want a new agreement different from the existing one.

Mexico often remains critical of the symbolic nature of the security agreement, claiming that it was used to take pictures only and support political causes rather than bringing change.

Wrapping Up the Merida Initiative: Intelligence-Based Pact can be Equally Challenging

Based on the present challenges, it is a strong possibility that the new agreement will be an intelligence-based instance of transferring aid from one country to another.

The US aid to Mexico for military equipment can be loaded heavily as the Biden administration is looking to strengthen the relations based on the intelligence services.

Considering the current policing structure of Mexico, intelligence-sharing can become useless if the department is not provided enough fiscal support.

For this reason, the US needed to seek financial support for Mexico so that enough resources could be gathered to respond to intelligence.

The US can also try to include the issue of illegal immigration in the talks, as it is an equally challenging matter for the Biden administration.

The epitome of these crises came recently at the US-Mexico border and is expected to come soon again in the future.

If the US administration tries to establish a proper infrastructure in Mexico to facilitate immigrants there, the inflow could be reduced to some extent.

However, any monetary assistance must be channeled properly so that the money must not end up in corrupt hands.

The relations between the US and Mexico are not very fancy these days.

This episode suggested the lack of trust between two countries where even Mexican government officials faced the inquiry initiated by the US.

The new agreement will only serve the purpose of the previous one if distrust remains within the top leadership of both countries.

If the US wants to make the new pact work, it must bring Mexico onboard on every possible avenue so that the mutual gains could be maximized.