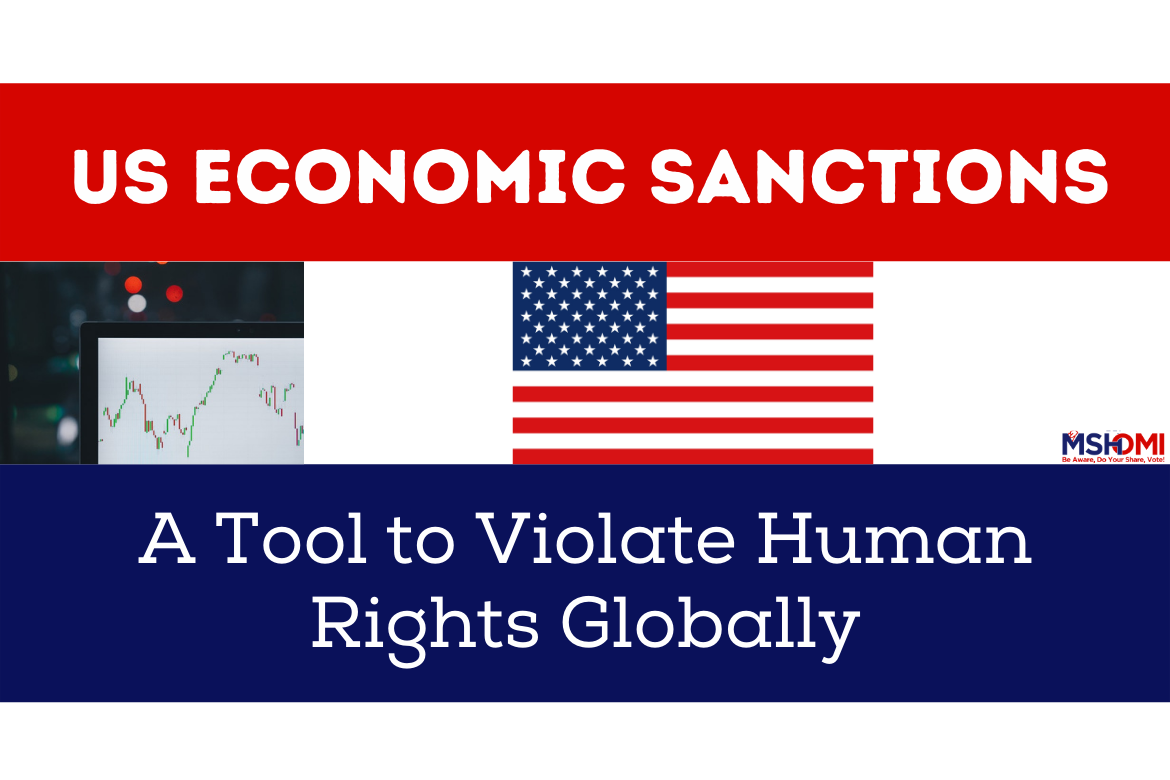 Almost all of the world except a few countries are protesting the Russian invasion of Ukraine and are teaming up with the west to sanction Russia economically as hard as they could do.

Economic sanctions are mostly used as a war weapon by countries in the 21st century, where unconventional weaponry has ostensibly diminished the likelihood of war among two nuclear-armed nations.

However, these economic sanctions exploit the fault lines within the existing social structure of the world, where a common person with no stakes or voice in stopping or having a war is impacted the most. Economic Sanctions are just for the poor, riches get away with them

Russians gathered outside banks to withdraw their nose-diving currency, which happened as the United States put chronic sanctions on the country.

After the invasion, the US disenfranchised many Russian banks from the SWIFT banking system, which led to the downfall of the Russian Ruble.

These sanctions will hardly impact Vladamir Putin and will only exploit the most vulnerable section of the society, which can do nothing to stop the war.

The same happened in Afghanistan as the United States withdrew from the South Asian nation after spending two decades in the region.

Resultantly, the US captured the $7 billion foreign reserves of the nation, which will now be split among the victims of 9/11 and the Afghan families equally.

This is the type of economic sanction that can worsen the persisting humanitarian crisis in Afghanistan, as international watchdogs are already complaining.

This step might help Biden in getting political popularity in some circles; however, it will eventually create anti-American sentiments not only among the war-torn nations but also in the rest of the world in general.

Even those Russians who protested against Putin’s hegemony and ended up in police custody would face the brunt of American sanctions.

A major purpose of economic sanctions is to pressure international governments to course-correct so that they can avert public pressure in times of elections.

Historically, the United States failed to achieve its primary purpose of these economic sanctions, i.e., “regime change.” This they try to do by catalyzing a popular uprising so that governments can bow down to public pressure.

For instance, US sanctions on Cuba that started in 1960 are present till day. This the US did in order to change the government that was installed after the Cuban revolution.

To this day, the US has failed to change the government in the country, while generations after generations of vulnerable Cubans are facing the music of these sanctions.

What about in the countries like Russia and Afghanistan, where the rulers are immune to this public pressure.

Obviously, no one can protest against armed Taliban or autocratic Putin, who has a history of curbing popular uprisings.

Eventually, Putin will have little effect, if any, of these economic sanctions forwarded by alliances led by the United States.

How Economic Sanctions are Violation of Human Rights

Connecting the dots, these economic sanctions only worsen the humanitarian crisis within the world.

For instance, after the Russian invasion of Ukraine, only Ukraine was feeling the brunt of the war and was subjected to human rights abuses.

However, now an ordinary Russian with no stakes in war is facing the sanctions, which are cornering them to the maximum possible extent.

The western world does not seem to learn its lessons by implementing such chronic sanctions against Iran. When Iran was subjected to this sort of economic barbarism, its economy was crippled, and an average Iranian was the actual sufferer.

These sanctions were quick to dismantle Iran’s healthcare system, which undermined the pandemic response of the country.

Not only this, but it also affected medical supplies of Iran and intensified medicines shortages, which resulted in patients suffering from rare illnesses getting gasped for much-needed medical facilities.

Iranian hardline governments remained unmoved as they had access to social institutions which were alienated from the general public.

For American administrations, the only way to avert these sorts of economic and military warfare is to refrain from the militarization of Europe.

As NATO aims to put more missiles in Europe, the perception is created in Russian leadership that this is a tactic of the western world to put missiles and bombs on its border.

While there is no justification for Putin’s actions, the militarization of Europe did pave the way for this Ukraine war for which Ukrainians are paying the price coupled with poor Russians who are the victim of the chronic sanctions put against them.