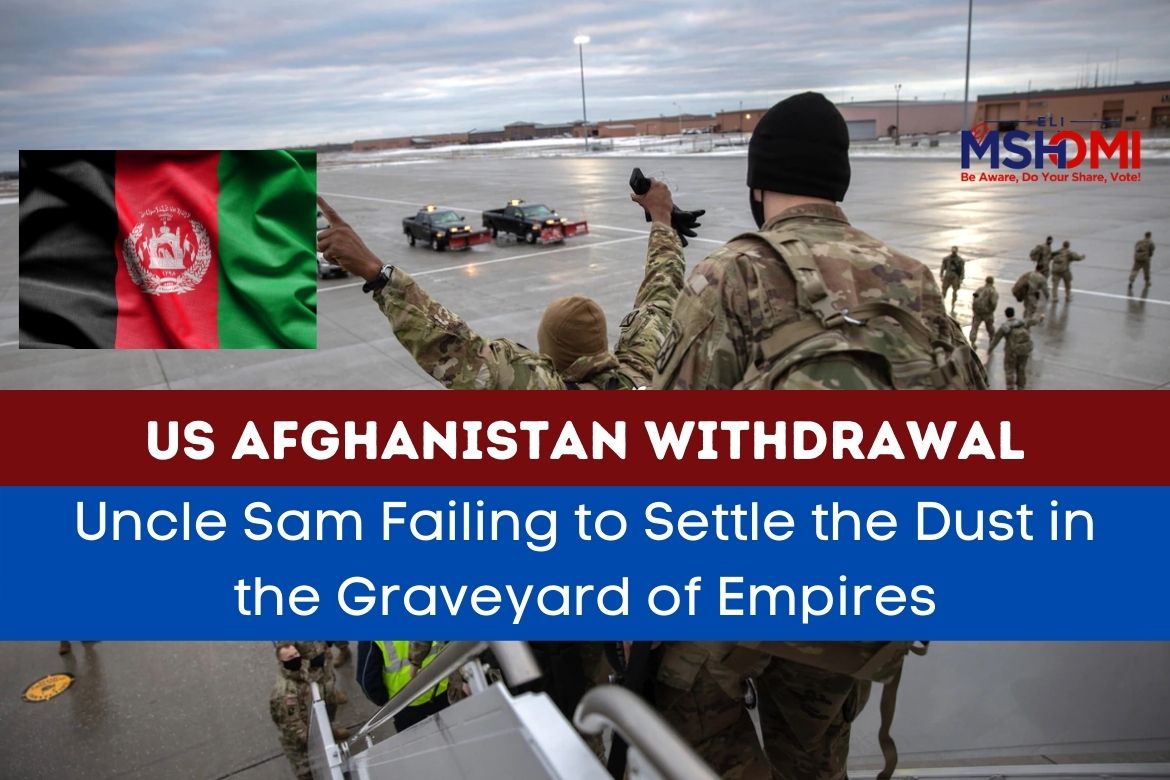 Afghanistan, popularly known as the graveyard of empires, is on a path to another conflict after the US withdrawal on September 11.

Despite continuous efforts to establish an Afghan-led and Afghan-owned government, the unfolding circumstances signify a civil war. Here, the Afghan Taliban can easily outplay the incumbent Afghan government to seize power.

Diplomacy has failed to bring a peaceful solution to the conflict. The recent events suggest that President Joe Biden may need to recalibrate his approach for a better transition.

Mshomi.com predicted that if the Biden administration failed to comply with Trump’s deadline of withdrawing troops from Afghanistan, an insurgency would spark in the region. That is what is happening in the area right now.

The Afghan Taliban has accelerated their motive to besiege more and more districts and military outposts in the country, indicating that the worst is yet to come for the troubled country. Mshomi.Com Predicted the Taliban’s Insurgency Amid US Withdrawal

The insurgency wave was very much anticipated in Afghanistan, considering the socio-political dynamics of the region.

The dwindling morale of the Afghan security forces amid the US withdrawal is also a sign of worry. Four provinces, including Laghman Wardak, Ghani, and Baghlan, are the epicenter of this insurgency, where the Taliban have captured at least 26 outposts since May 1.

Capturing each and every base provides them with the courage to repeat their actions on the next level of posts, minimizing hopes for the Afghan security forces to defend the country against the inevitable mess. US Seeking Neighboring Support to Settle the Dust in Afghanistan

As the United States comes closer to September 11, the twentieth anniversary of the deadly attacks of 9/11, it has to withdraw all American troops, as Biden announced.

The US is currently seeking alternate options to continue its fight against the Taliban. If the US completely leaves the region, they would not have any option to refute the Taliban’s insurrection in the country post-US withdrawal.

The US has already requested the countries bordering Afghanistan to devise a post-US withdrawal strategy, giving the US land for military and airbases to launch periodic strikes against the Taliban.

On the other hand, the Taliban have warned these countries against giving any land to the US, saying that any country which does this would regret their “historic mistake.”

This ambition of the US to acquire land in the neighboring countries, especially Pakistan, has already sparked discussion about the changing dynamics of geopolitics.

Recently, the Pentagon claimed that Pakistan has agreed to give United States airspace and ground access to support its troops in Afghanistan, a claim that Pakistan denied immediately.

Once Pakistan’s foreign office said no such space has been or will be given to the US, a sense of distrust has started prevailing even before the complete US withdrawal.

Pakistan supported the United States after the 9/11 attacks, giving them land access against the Taliban, resulting in the upsurge of the Taliban’s attacks against Pakistan from 2003 onward. So, the country is unlikely to repeat the same mistake once again.

Then comes the second neighbor of Afghanistan, Iran, which is even more unlikely to lend the US land against the Taliban due to the long-time tensions between both countries.

The US’s recent support to Israel in the Israeli-Palestinian conflict would even convince Iran further not to give the US their land against the Taliban.

Now, the only hope for the United States is the Central Asian countries, including Turkmenistan, Tajikistan, and Uzbekistan. The Biden administration is already in talks with them, as Antony Blinken said,

“Uzbekistan Foreign Minister Kamilov and I discussed the commendable growth in our bilateral relations in recent years. Look forward to working together to support reforms and build regional connectivity, including with South Asia.”

If it happens, this would not be the first time that the country would host US troops on its soil.

A power-sharing agreement is the need of the hour in the country. The civilian and Taliban inclusive government is better than a complete Taliban government, which the US should pursue in the remaining three months until the withdrawal.

Bringing the Afghan Taliban to the table is definitely a hideous assignment, but this is the only solution in the long run.

Otherwise, the fight will continue among the stakeholders, inviting the US air forces to launch counter-insurgency operations in Afghanistan over and over again, further prolonging the peaceful settlement in this graveyard of empires.