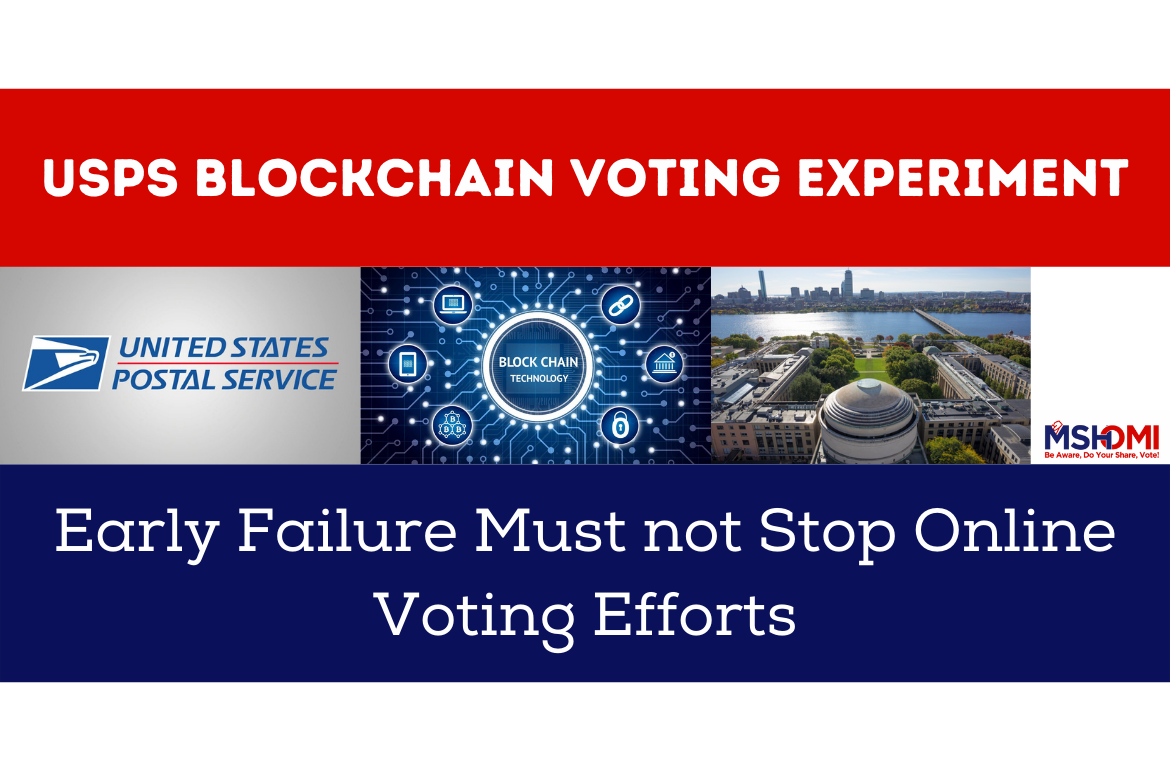 The use of smartphone voting is increasing in America and many pilot projects are underway currently in this regard. The United States Postal Service (USPS)  has also considered the idea, which can be a nightmare for voter suppressors./

The USPS worked on a covert project to develop a blockchain-based mobile phone voting technology for the 2020 elections before dropping the idea.

It appears the effort was undertaken without the involvement of federal authorities, who were then attempting to make voting safer following Russian meddling in the 2016 election.

Recently the USPS admitted to the Washington Post that it had been testing the technology behind closed doors. A blockchain-based smartphone voting system was developed and tested by USPS ahead of the 2020 presidential election.

The Postal Service then commissioned the University of Colorado to evaluate the system after signing a nondisclosure agreement so that they couldn’t reveal that USPS was involved.

However, the agency abandoned the system in 2019 without ever conducting a live election. It was due to the system having been tested during a mock election by researchers at the University of Colorado at Colorado Springs, and they found several ways that it could be hacked.

According to the University, the system had numerous security weaknesses, making it vulnerable to a variety of attacks, including denial of service and impersonation. There was also the possibility of violated privacy.

The secrecy surrounding the Postal Service’s mobile voting project has also worried election officials and activists. By believing it, conspiracy theories would be generated, and public trust in democracy would be undermined.

Due to unfounded allegations of election fraud that former President Donald Trump and his supporters made after the 2020 election, these fears have risen significantly.

According to a May 2020 review by federal agencies such as the FBI and CISA, mobile voting devices pose significant hazards to the privacy, accuracy, and availability of voted ballots.

The Postal Service does not oversee elections, but it is in charge of managing mail-in ballots, a category that has risen significantly over the last decade. A method like this could alleviate the strain of mail balloting, particularly for military voters stationed abroad.

A patent for the concept was granted to the Postal Service in August 2020, but the agency had not publicly disclosed that a prototype system or tests had been carried out. This patent application was filed before Postmaster General Louis DeJoy’s administration, which was criticized for slowing mail in advance of the November 2020 elections.

The postal service system permitted citizens to vote via a mobile app with an internet connection. It is similar to adding products to an online shopping cart or filling out an online survey.

Several digital locations were used simultaneously in order to make the vote anonymous. This would serve as a check to verify that the other digital records are accurate. The mechanism is essentially the same used by cryptocurrencies to verify transaction accuracy.

As stated by University of Colorado experts, the method did not protect against the myriad of ways hackers could falsify or corrupt ballots.

In addition, voting impersonators can attack the blockchain system itself, overloading it with information so it cannot function, as well as using strategies that compromise voters’ privacy and ballot confidentiality.

Using Blockchain Technology for Voting is not a New Process

Utah County, Utah, made history last year by becoming the first local area where citizens voted for U.S. president using Voatz on their cellphones. A number of states have conducted pilot programs, including Colorado, West Virginia, and Oregon.

However, researchers at the Massachusetts Institute of Technology found numerous cyber security issues in the apps used in those states.

In November this year, Chandler, Arizona, launched a pilot project with a mock election in which voters could cast ballots using the blockchain-based app Voatz.

The deadline for residents to download Voatz to authenticate their identification through facial recognition and for the actual vote was November 30. Participation in the program was open to residents as young as thirteen. The purpose was to determine whether blockchain voting is beneficial and feasible for both local communities and the state at large.

Voting online and on mobile devices is the least secure method of voting, according to cybersecurity advocates and election officials.

However, the advent of blockchain technology is the future, and the possibility of mobile voting cannot be overruled in the future. So, relevant authorities should continue working to develop a secure and scalable solution to online voting.

A significant breakthrough in cyber security regimes is also important in this regard.

Security experts consider paper ballots to be the most secure method of voting. After learning about different attempts to hack voting machines during the 2016 general election, some states began to return to paper ballots in 2017.

However, mobile voting has attracted a lot of attention in recent years, spurred by the desire to make voting more convenient and accessible. It is especially crucial for the populous who rarely use their voting rights or who are disabled.