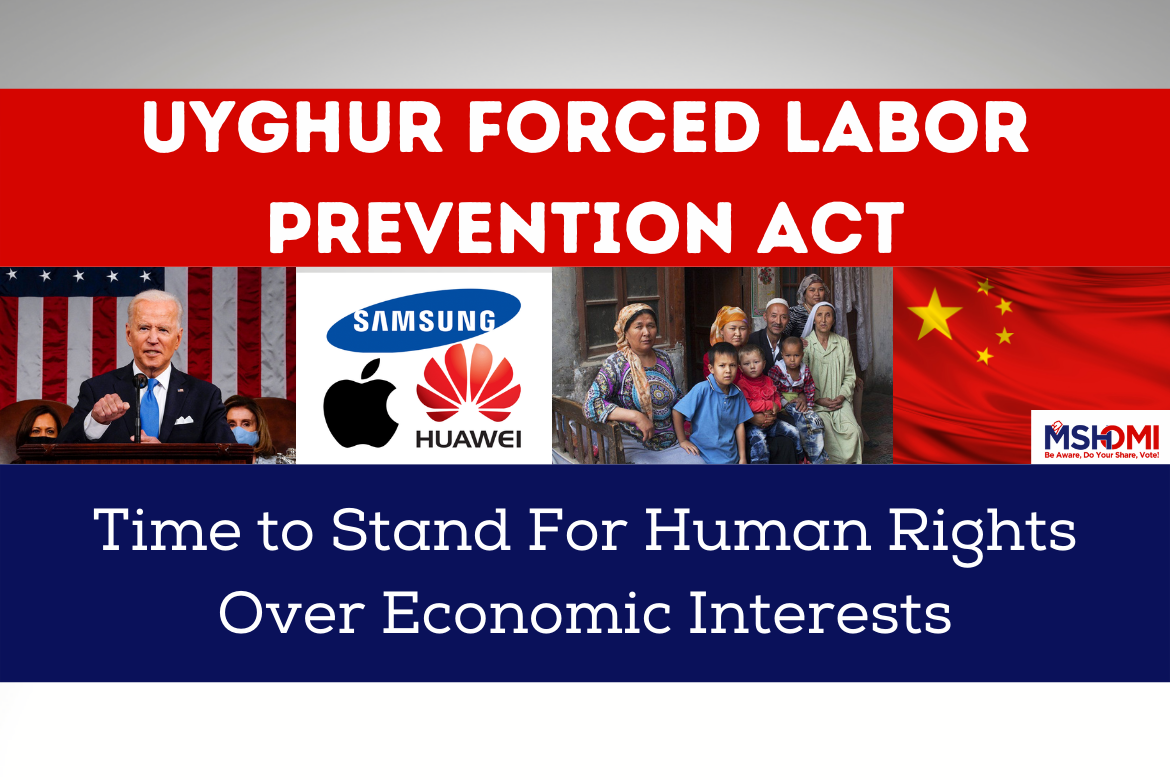 “I guarantee, as I speak to you now, everyone in this building (US Congress) owns something that was made by a slave in Xinjiang, and most people don’t know that.” (Marco Rubio)

The US House overwhelmingly passed the Uyghur Forced Labor Prevention Act, which will stop China from exporting commodities to the US, built by forced labor in the controversial Uighur province.

The timing of the bill makes it even more special, as more than 100 nations were invited to a US virtual summit intended to stop human rights abuses all across the globe.

While the summit was conducted considering the general concerns of the global leaders, rising human rights abuses by China was the major point of concern that motivated Biden in calling world leaders.

Biden is not Moving Slowly on China Since Last Month

Biden’s assertiveness against China within the last month has started making headlines. First, he announced military action against the People’s Liberation Army if it attacks Taiwan, a warning which was also issued in his virtual meetup with the Chinese president.

Just recently, the White House refused to send diplomats to China in the 2022 Beijing Olympics, not to mention that the Democracy summit was motivated due to China.

Now, this measure to curb imports from China’s Uighur region depicts that Biden is not done with imposing sanctions on the Asian giant.

Claiming to reeducate the 1.8 million Uighur population, China has detained the masses while forcing them to work in its so-called bid to bring those people back to life.

According to reports, more than 80,000 people were transferred from Uighur to mainland China between 2017 and 2019 who were forced to work in different top-notch global brands. Tech giants including Apple, Samsung, Huawei, BMW, and Nike are some of the big names that use forced labor of Chinese Uighurs.

Outside of their working hours, they have been subjected to draconian surveillance, inability to participate in any religious activity and ideological training that is supposed to brainwash them.

Thus, the newly passed law will encourage these global giants to denounce forced labor in order to retain their biggest market in the world, the US.

This forced labor is so integrated into the global supply chain that boycotting it in its entirety would mean a complete trade halt between the two largest economies of the world.

The law states that the US would ban any commodity manufactured in the Xinjiang region in its entirety, while companies all over China indulging in these abusive practices would also face the brunt of the trade sanctions.

As countries these days do not rely on any single market for their output and try to keep their clientele high, the US is also trying to force other countries to follow suit.

Recently Canada, Australia, and the UK joined the US efforts of the Olympic diplomatic boycotting of China over the persisting human rights abuse.

Thus the efficacy of the democracy summit is clearly visible, and countries worldwide can join the US in imposing a trade ban over China due to human rights abuses.

However, the US must do its homework to face the retaliatory measures, as China will not let it happen without taking any countermeasure.

The most interesting fact about Uyghur’s legislation is got bipartisan support as 437 House members voted in favor of it. Thus the lawmakers should fast-track it from the Senate as it requires no negotiations at all.

While the imposition of the trade sanctions can worsen the already existing supply chain crisis, , the US must make these sort of crises a new norm as imposing this many severe sanctions always results in dire consequences.