If You Think You Know Vladimir Putin, You Are Wrong 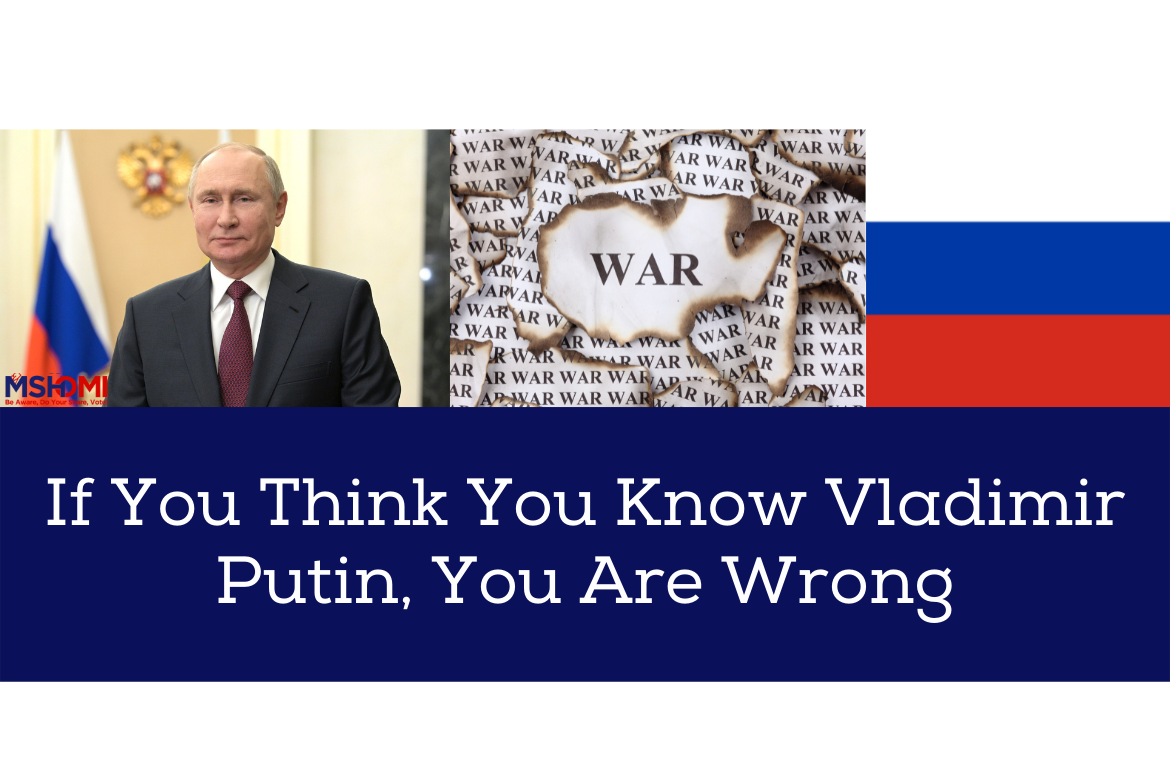 Most people know Vladimir Putin as the President of Russia, who is up for anarchic world order. However, a few of them know that when Putin first assumed power in the year 1999, he delivered a speech in a German legislature after a couple of years, which received a standing ovation from German lawmakers.

He managed to impress the crowd in Germany, selling the narrative that he would master “democratic rights and freedom” as the “key Russian domestic policy goal.”

Both democracy and freedom are absent since the Russian President has started becoming aggressive in recent times. Even apart from the ongoing invasion, Russians were unable to exercise their democratic rights in the country, and sanctions on freedom were beyond any imagination. Vladamir Putin: A Journey from the self-proclaimed Champion of Freedom to the Worst Dictator:

When Putin delivered his speech in Bundestag, the German federal parliament, he was perceived as a much-needed change in Russia.

After the cold war, his early days showed that the end of history was finally there and that the post-Soviet Union days would see a well-behaved Russia.

Norbert Röttgen, a then-head of the Foreign Affairs Committee of the Parliament, stated,

“Putin captured us. The voice was quite soft, a voice that tempts you to believe what is said to you. We had some reason to think there was a viable perspective of togetherness.”

However, this approach of Vladimir Putin was exposed in 2008 when he decided to invade Georgia. A leader who vowed to bring prosperity to Europe invaded the country of the same continent.

But this aggressiveness was not stopped in 2008. Russian aggression was ultimately diverted against Ukraine in upcoming years, as it came under Russian invasion in 2014 and now 2022.

At a time when Russia’s merciless bombardment has grounded many civilian facilities in Ukraine, Putin’s twenty-year-old words are echoing all over Europe.

The same Putin who pledged to protect the freedom of people has managed to label those Russians “scum and traitors” who are questioning his decision to go to war.

The free thinkers in Russia are now being called the “fifth column,” a group of people who are being used by enemies of the country to perpetuate foreign interests in a nation.

Calling free-thinkers “fifth column” is not only a Russian phenomenon. The US also cracked down against a score of people in the wake of the Cold War when the fear of Russian ideology shattered the shores of America.

The Western World has been Deceived by Putin Enough Times

It is believed that the western world fell into the manipulated words of Putin, who tried to show optimism behind the hidden oppressive mentality.

Putin has managed to deceive the world enough times that now the western world is also skeptical of his peacemaking effort.

Just recently, Russia and Ukraine’s negotiations turned out to be fruitful as Russia announced to cut off a military offensive in two key Ukraine cities.

However, despite the fact that high-level Russian officials have acknowledged the agreement and showed interest in future talks, the American establishment is reluctant to believe Putin’s words.

Both Joe Biden and Secretary of State Antoney Blinken downplayed Putin’s remarks, stating that they would only start believing when they saw actual efforts to stop the war.

And the western world has all the right reasons to downplay Putin’s intentions of peace. Just before the start of the Ukraine war, when Russia was accumulating troops at the Ukrainian border, Putin announced that some of the units would return to their original bases, which signaled the end of the conflict. Ten days later, a full-scale Russian invasion of Ukraine changed the world for no good.

So, this time if the western world is hesitant in buying Putin’s narrative, it has a fair justification to do so.

When Putin stated that the division of the Soviet Union was the greatest disaster of the 20th century, it should have been a worrying sign for global leaders.

Those who have spent a handsome amount of time with Putin believe that the Russian president is obsessed with Russians who have been trapped outside the mother Russia since the debacle of the Soviet Union.

So, reinstating the old boundaries of the Soviet Union is a mission nearest to his heart. For this, he can go to any length, including deceiving every other nation on the face of the planet.

Trump Thought of Becoming a Hero, Ended up Being a Criminal