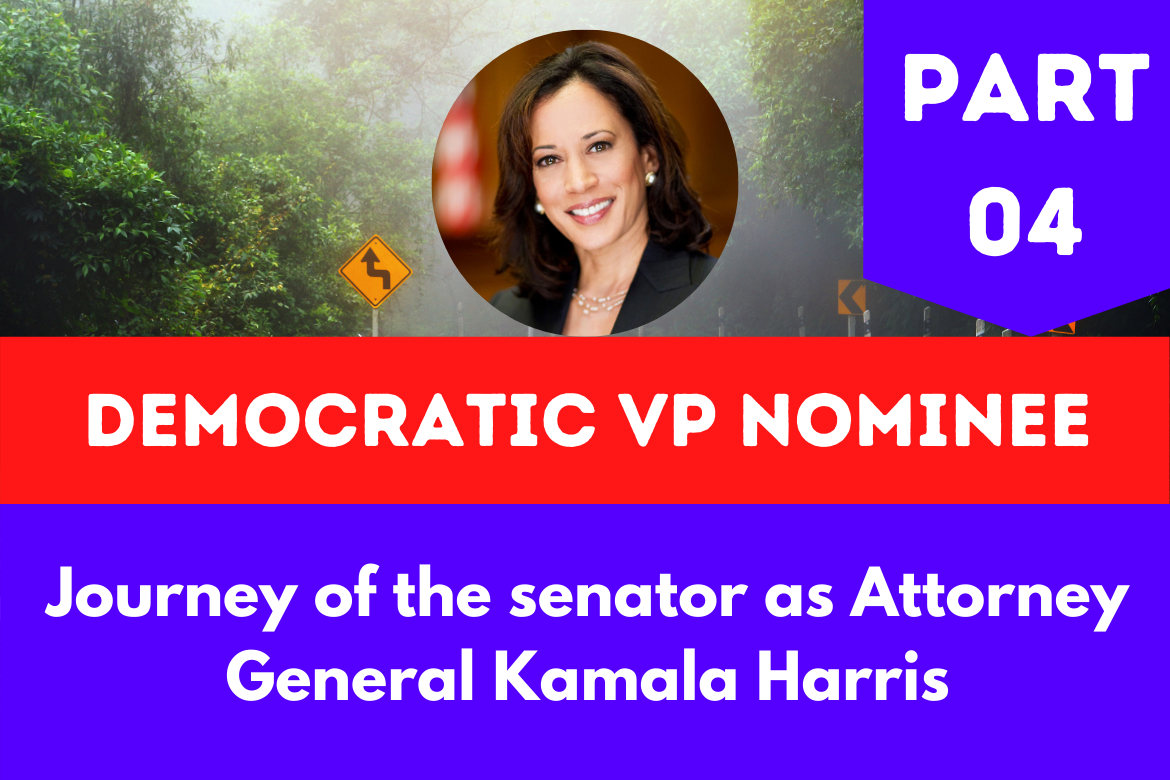 After completing her education with a law degree from the University of California, Harris started her career as an attorney in the Alameda County District Attorney’s Office.

She became the District Attorney of the City and County of San Francisco in 2003, marking her debut in politics. With her passion and determination, she has now reached a place none other of her position could have.

District Attorney Kamala Harris: How did she start her career in law?

Harris has always been keen to provide justice and chances to those who deserve it. She always had a strong belief in humanity and has also been criticized for this.

Her decisions as District Attorney of the City and County of San Francisco faced much contradiction and harsh criticism, but time proved that she had always been on the right side. She was the first Black American woman to be elected to the office of an attorney general in California.

As soon as she got into the office, she started to work, and within three years of her term as the district attorney, the conviction rate of San Francisco City and County jumped to 67 percent from 52 percent.

Her belief in humanity had also brought trouble for Harris during this time. In 2004, Harris declined to pursue the death penalty for a person convicted for the murder of a police officer. She faced criticism from many, including Senator Dianne Feinstein.

Her finest achievement during this time was to start a program enabling first-time drug offenders to get a high school diploma that would help them to find employment. She also became a close friend with former President Barak Obama during this time.

California Attorney General Kamala Harris: Her journey to a “Top-Cop:”

During her second term as a district attorney in 2010, Harris ran for the California Top Cop. Many thought it would be a stupid step and getting the title of attorney general Kamala Harris is a pipe dream for her, but they didn’t know that Kamala Harris has had many impossible achievements, and she was all set for another one.

A woman of color and with a record of controversial stance on the death penalty, Harris decided to challenge Steve Cooley, a strong Republican.

This was a close race, as Cooley made a victory speech on the election night, but the scenario was changed after three weeks when all ballots were counted, and Harris emerged as Attorney General Kamala Harris after landing a victory with a lead of only 0.8 percent of all votes cast.

Like the period of the district attorney, her journey as a California Attorney General Kamala Harris, also recorded many accomplishments.

During her tenure as Attorney General, California was offered $4 billion in a national mortgage settlement after the financial crisis. Harris took a strong stand and refused to accept this amount. Initially, Harris was accused by the critics of grandstanding, but later, when she managed to get $20 billion for California homeowners, even her critics could not stay back from praising her effort.

Furthermore, her signature accomplishment was creating an online platform under the name Open Justice. This platform proved to be very practical and helpful in improving the accountability of police officers. Harris, with the help of this platform, made the criminal justice data public, revealing information on the deaths and injuries in police custody.

During her tenure as district attorney and the attorney general of California, Harris always had a strong stance on justice and human values. She has numerous accomplishments to her name. She was praised by top government officials and even the President himself for her efforts. She was also a potential Supreme Court nominee but declined the offer as she had other plans in mind. Moving further in the life, attorney general Kamala Harris got elected as a United States Senator and is now a Vice-Presidential candidate.

Many people criticize Harris for not being progressive during her tenure as Attorney General. This comes as a ridiculous remark for an Asian-American woman of color who started in a middle-class family and is now on her way to become the first-ever Asian-American woman to enter the White House.

Even this is not the end, as many believe that Harris is a potential presidential candidate after Biden, and may end up becoming the first-ever woman President of the country, starting an era of peace and prosperity.