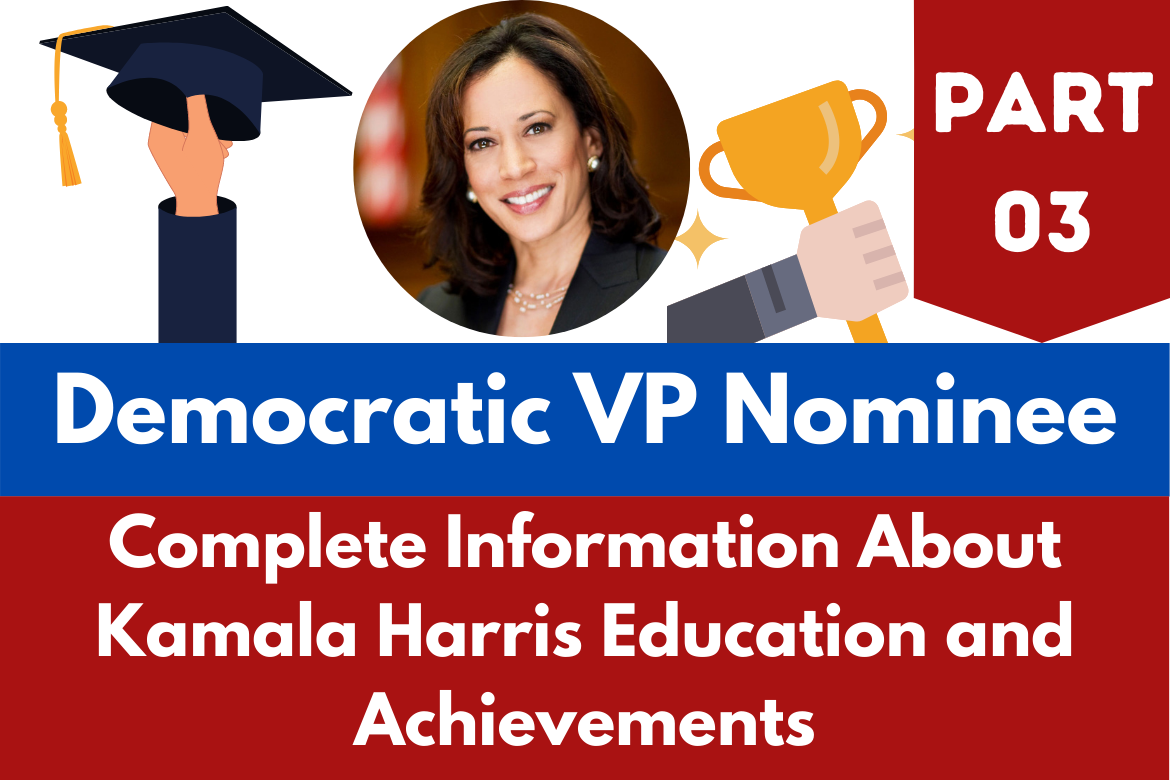 Kamala Harris, the Democratic candidate to run alongside Joe Biden in the 2020 Presidential race, is the first-ever Asian-American woman to be nominated for such a position.

As a resident of Oakland, Kamala witnessed various demonstrations for civil rights, which left a significant influence on her personality.  This article will explore the Kamala Harris education and academic life of the Senator and how this life shaped her personality.

Since the beginning of her school life, Kamala Harris studied in schools with a majority white population. This continued until she went to attend a historically Black college.

During her kindergarten, Harris used to live on Milvia Street in central Berkley. She started her academic career at Thousand Oaks Elementary School, where she was bused as a part of Berkeley’s comprehensive desegregation program.

Kamala had a great time there, as she learned both Christian and Hindu values at the place. This helped to shape her religious values and develop her contacts with her relations in Jamaica and India.

After the divorce Harris’s parents of varied ethnicity, she moved to Quebec with her mother. Harris attended her middle and high school in Quebec, where her mother also urged her to learn French. In one of her memoirs, Harris recollected this experience, stating that she felt like a duck while learning French as she spent the whole day saying,” Quoi? Quoi? Quoi?”

There, Harris also attended the suburban Westmount High School. It is worth mentioning at this point that until the Vice Presidential candidacy of Harris, Leonard Cohen was the most famous graduate of the school. Harris graduated from Westmount in 1981.

After graduating from Westmount, Kamala Harris education took a major turn. Senator Kamala had to decide which college to attend. From the beginning of her academic career, Kamala was a bright student who had always been extraordinary in academics, as well as in extra-curricular activities.

After considering many options, Kamala selected Howard University in Washington, DC, where she majored in political science and economics. Harris became a social justice activist as soon as she joined college.

Her childhood experiences now began to reflect on her personality. Howard was a different experience for the future California Senator, who had studied in the majority-white schools from her childhood.

How Kamala Harris Education Pushed Her Towards Politics?

During her period at Howard, Kamala started to realize her political side. She worked as an intern mailroom clerk for a California Senator at that time, Alan Cranston.

This provided her with the opportunity to learn politics from a Senator. Additionally, she also chaired the economic society and led the debate team at college.

Her time with Alpha Kappa Alpha taught her to work for educational initiatives and community building, which later became her defining trait when she was serving as Attorney General and as California Senator.

Her weekends at Howard were spent in protests against apartheid in South Africa and even took part in a 1983 sit-in against the expulsion of the student newspaper’s editor.

After graduating from Howard with a degree in political science and economics in 1986, she joined the University of California, Hastings College of Law.

There too, Harris continued to take part in politics and served as president of the Black Law Student Association. She graduated from the University of California in 1989 and started practicing at California Bar in June 1999.

Kamala Harris Education and Achievements In a Nutshell:

From her childhood, Kamala Harris education shaped her opinion and personality towards something different. Basically, she was interested in political movements that echo in her personality. Her time at Howard was the golden period that shaped her personality and made her what she is today.

Kamala Harris education also empowered her to be outspoken about civil rights and many other important issues that concern the general public. Harris is one of the few American politicians that do feel the pain of ordinary citizens, and her academic career played a key role in developing this trait.

Harris’ nomination as the Vice President by the Democrats comes as a historic decision as she is expected to serve for the ordinary Americans. Many also believe that this is not the end for Harris, and if she succeeds this time, she may end up being the first-ever woman President of the United States of America, and also the first-ever Asian-American to sit in the Oval Office.