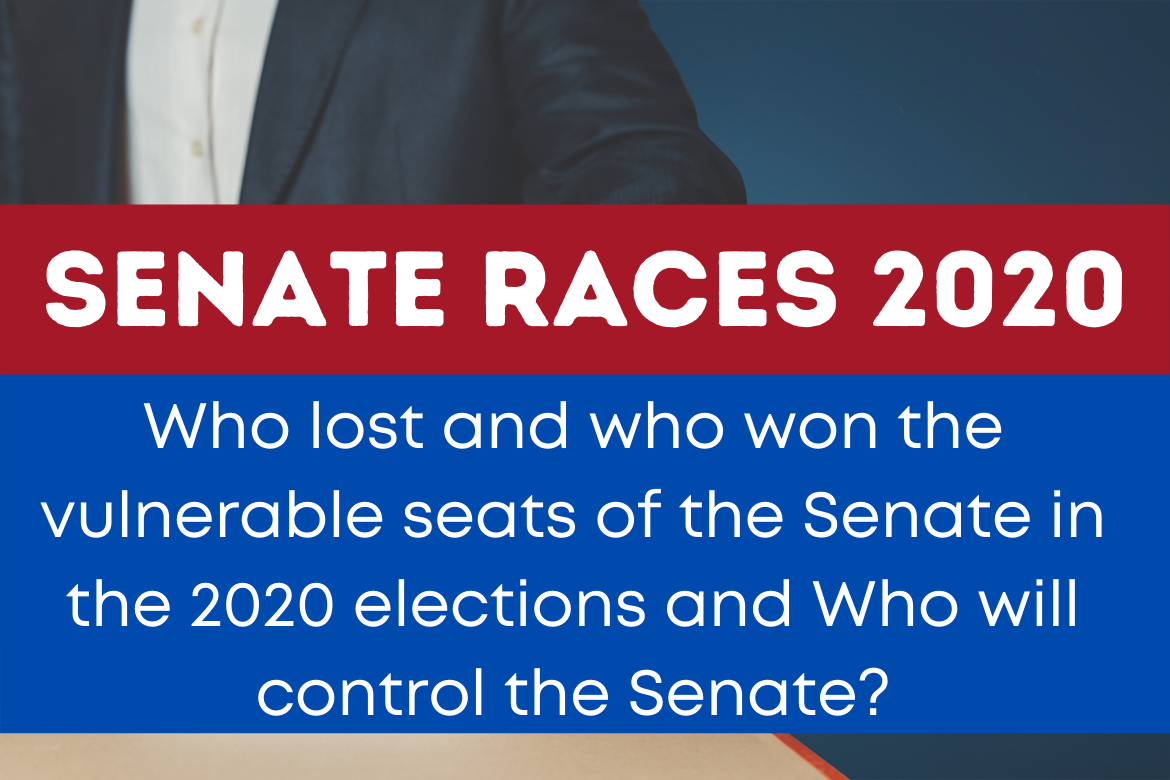 Thirty-five senators, including twenty-three Republicans and twelve Democrats, were up for reelection in the US elections of 2020. In these senate races, ten senators were vulnerable on their seats as their opposition was giving them a tough time in the race. Did the vulnerable senators win their seats back, or did their rivals win to clinch the seats? Let’s have a look. Result: Democrats lost the seat as Tuberville won the seat by a sweeping margin of 20.8%. Result: Republicans lost the seat as Hickenlooper clinched victory by a margin of 9.9% margin. Result: Republicans lost the seat as Mark Kelly won the seat by a margin of 3.4%. Results: Republicans managed to win this all-important seat by a margin of over 8.8%. Results: A run-off election is to be scheduled, as no candidate successfully won 50% of the votes. Results: Run-off elections to be held as no candidate got 50% of the total votes cast. Result: Republicans successfully defended the seat, as Greenfield lost the seat by a margin of 6.6%. Result: Republicans managed to win the seat again, and Steve Bullock lost the seat by a margin of 9.2%. Results: Democrats successfully won the seat again by a comfortable margin of more than 33%.

Who will win the Senate?

With Biden more likely to be in the White House, currently, with a significant lead in Wisconsin and Michigan, the Senate’s importance is more than ever today. Although more Republicans were up for the reelection of the Senate, they made a strong comeback, and currently, the Republicans are leading the Senate with fifty confirmed seats.

If the Republicans manage to win one of the two Georgia seats that went into run-off elections, they will win the Senate majority. However, the situation will become interesting if somehow the Democrats manage to win both of these seats.

Currently, the Democrats have forty-six confirmed seats with two independents who mostly support them. In this way, two more seats for Democrats will leave the senate undecided.

Both of the seats of Georgia will be having run-off elections that will be taking place in January, and we have to wait until January to see who will control the Senate.

In case both Republicans and Democrats take 50 seats each, the role of Vice President will become extremely important as she will cast a tie-breaker vote every time the Senate goes into a dead-end tunnel.