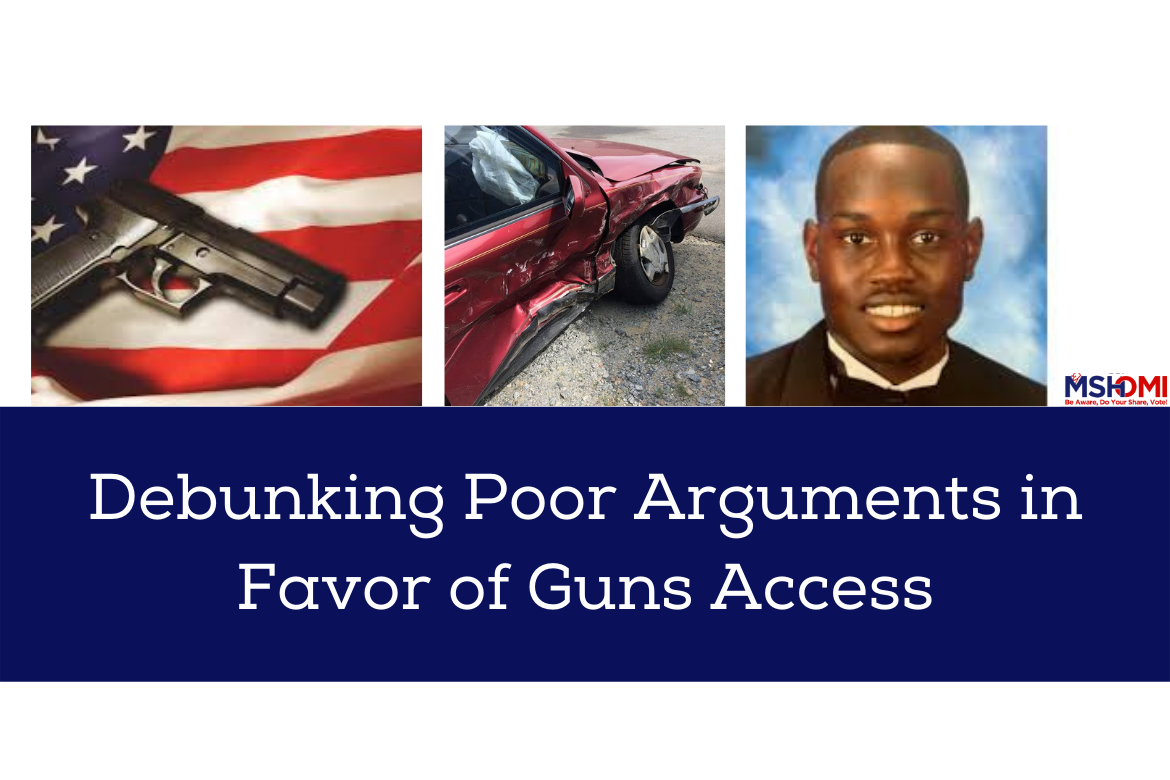 Roughly 106 people die in America due to gun violence daily. The numbers are astonishing and alarmingly dangerous. Daily, more than 360 people are shot but somehow manage to survive, many of whom can be traumatized for life.

Despite this, the arguments in favor of gun possession are rising, and instead of reforming the criminal justice system of the country, people are putting their money into having guns in their hands.

What are common logical fallacies in gun control arguments? Let’s debunk them one by one. Criminals will still have guns even if they are outlawed

There is a common perception that criminals will still have access to guns even if they are outlawed. Pro-gun people believe that they need guns to defend their property and lives from bad guys who will get guns anyway.

However, this is far from the truth for many reasons. First, banning guns altogether will eliminate them from open markets; thus, the accessibility will be reduced to a great extent.

The second and perhaps most important thing is the prices of guns in the black market would increase exponentially, and repeated studies have shown that an average shooter is less likely to purchase a gun if its price is being raised significantly.

Thus the increased prices will eventually contribute to lesser violence across the country.

We need guns for our defense

This is a narrative being funded by organizations like the National Rifle Association and likewise right-wing groups.

Instead of funding gun access, the long-term and the most feasible way is to introduce police reforms so that the need for personal defense does not arise in the first place.

In fact, when shooters have less access to guns, the need for any self-defense decreases significantly. By introducing structural reforms by focusing on police training and their attitudes toward people of color, coupled with reducing access to guns, private self-defense practices can easily be redundant.

Cars and knives can also kill people; they should be banned as well.

Certainly, cars and knives can also be used to kill people. In fact, car accidents are one of the leading causes of death in America.

But the logical fallacy here is that the primary objective of these items is not killing anyone. They can be used for a score of practices except killing.

Going by this logic literally, everything in the world can be used to kill someone else, and banning each and everything is never an option.

For instance, a person can be killed using a steel rod or even with a wooden chair, but these things have their own uses. However, looking toward guns, their primary objective is to kill or injure a human.

While justifying guns access, pro-gun advocates make this argument quite often. While this may seem true, he terms good guys and bad guys can be too subjective at times.

Just like the notion that a freedom fighter for one is a terrorist for others, a good guy for one can also be a bad guy for others.

Obviously, in the Ahmaud Arbery case, the guys with guns turned out not to be the good ones, as they ended up killing an innocent man. However, they were still perceived as heroes by rightists who tried hard to fund the pro-killers narrative.

The only solution to this is to agree on the terms of who is a “good guy” in the country. For that purpose, the end goal is to believe that the police are the only good guys out there, obviously, as long as they are working under the law. But it still does not mean that the armaments of the police should be increased, as it will eventually increase in yet another wave of violence that happens on a daily basis.

Letting the governmental agencies be the good guy and leaving everyone alone can be a quick fix to neutralize killings.

What about the drug problem? They are illegal but still prevalent in America

Outlawing something does not mean that it will be eliminated completely from the country. The primary objective of regulation is to limit crime.

Idealism only exists on papers that wrap up guns or, let’s say, drugs will completely solve the problem. It is still better to have fewer cases of drugs instead of having them in every house, which would possibly be the case had the drugs been legal.

Having a gun is in accordance with the Second Amendment

Freedom of choice for one person ends when the lives of others are threatened, just like people cannot have machine guns at their homes, or no one can produce RDX commercially in the whole country.

The point of banning these things is simple; they are detrimental to other people’s lives, so this freedom of choice does not apply to their occupation. The same should stand true for guns as well.

Not banning guns will only be a chaotic situation. A recipe for disaster is to do the same things again and again while expecting different results.