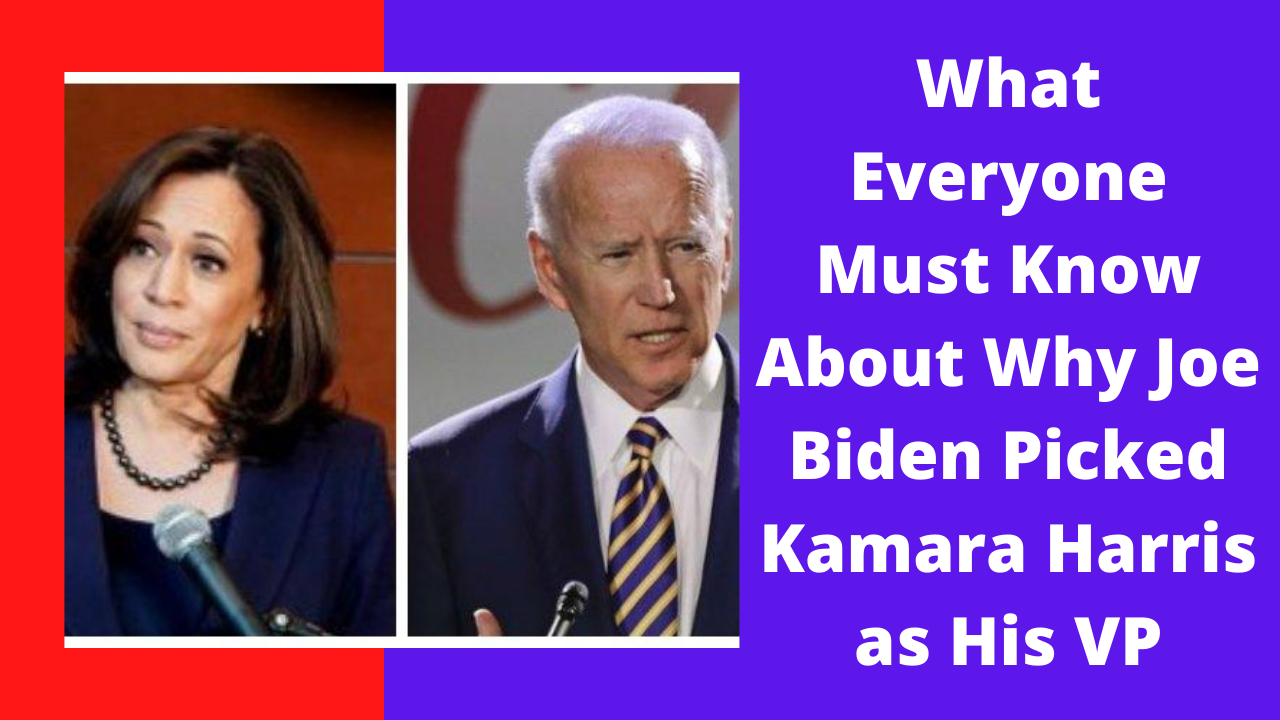 Joe Biden’s campaign just confirmed via text that he has chosen the Senator of California, Kamala Harris, as his vice presidential nominee. And through this, Kamala Harris becomes the first South Asian American and Black woman who is going to run on the presidential ticket of a major political party. On Wednesday, for the first time, the two are scheduled to appear together in Wilmington, Delaware, for a speech.

In choosing Harris, Biden introduces a former primary opponent to the Democratic ticket that based her own presidential bid on her ability to take on the president, Donald Trump, and show the Americans that she will fight for them.

It is so important to stop and take a breath to mark this moment because this is just the third time we have seen a woman be picked by a man as his running mate. And it is the first time we have seen it happened to a woman of color. It is a moment of history that everybody is going to remember whether or not Joe Biden and Kamala Harris win or not.

This is something that Vice-President Biden has been pressured to do. But it is also something that he has clearly looked at, based on what he wants his legacy to be. He was the Vice President to the first African American President. He is somebody who is the presumptive Democratic nominee, primarily because of the support of African Americans and other people of color.

The most prominent reason behind why the news is shocking is that Joe Biden ran against Kamala Harris during the Democratic primary. They had some contentious debate moments. But ultimately, according to the email that has the Biden-Harris logo, Biden made up his mind and chose Kamala Harris as his VicePresident.

Here Are the Reasons Why He Did So

Earlier this year, Harris ran unsuccessfully for the nomination of Democratic presidential candidate. But there are many reasons that made her the front runner for months for being Biden’s pick. She’s been investigated at the national level because of her own 2020 bid. She has experience in politics, both as the Attorney General of California and as a Senator of the United States since 2017.

The significant factor in Biden’s choice is that, at the age of 55, she reflects a younger leading generation. She is a significant pick as the first South Asian American and Black female to be featured on the national ballot of a major party. She is from California, a treasure chest of Democratic votes as well as Democratic donors.

She emerged as an open-minded voice on race, citing the necessity for police reform, after George Floyd’s death last May and the ensuing demonstrations around the world. All these reasons made her the only one who has checked so many boxes in Biden’s shortlist.

What is important is that Biden and his team did not care enough to make a less predictable pick. They knew it would attract tremendous publicity when choosing Harris. Also, it would be the thing most people were expecting them to do.

Joe Biden is making his third run for the presidency in each swing state and nationally over Donald Trump. Thus, on no occasion before the November 3 election, does he want to do anything that will threaten to alter the underlying dynamic of this race. And those underlying dynamics include that this election is Trump’s first term of office referendum. And, more importantly, a vote on the profoundly haphazard and chaotic manner in which he has treated the country’s coronavirus pandemic.