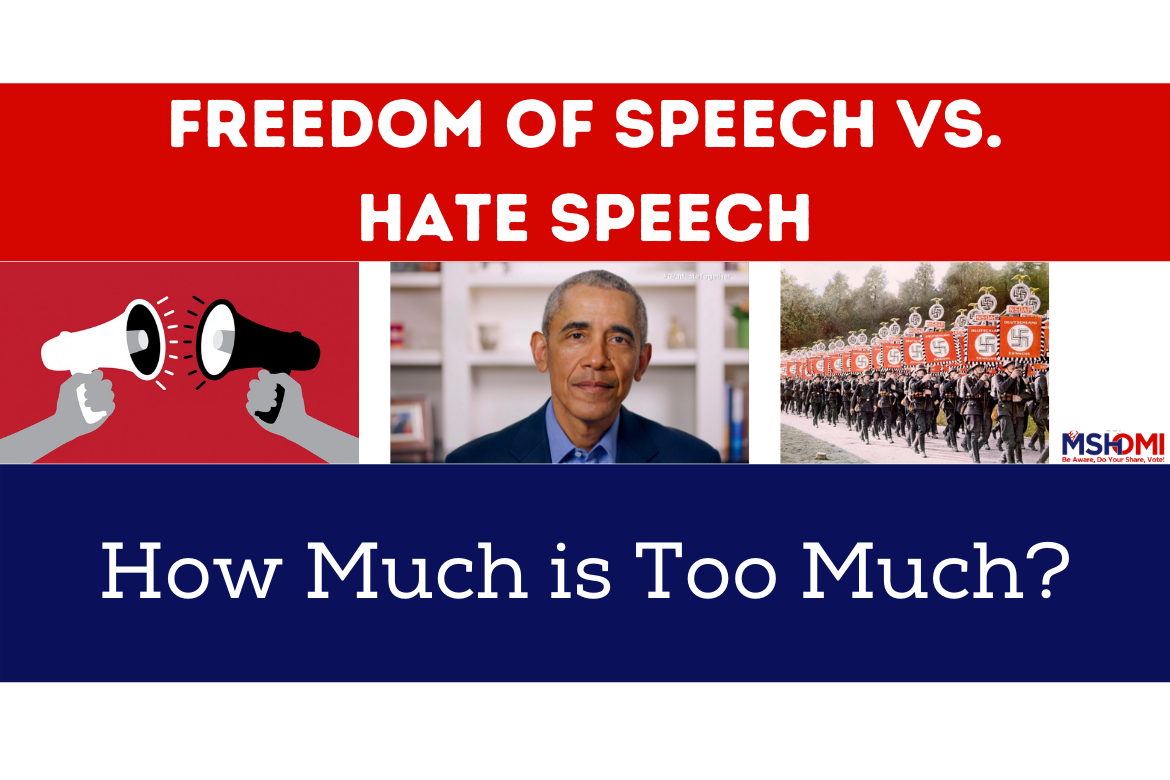 Since freedom of speech is protected, it has often come under significant scrutiny from human rights advocates and watchdogs. Sometimes it is even equated with human rights abuses and hate speech because of uncontrolled free speech.

Freedom of speech goes too far when it is promotes hate speech, bullying, massacre, or even a single murder, chaos, and lies. The US Supreme Court has also established that misleading advertisements and violent threats come under the common practice of the first amendment. Freedom of Speech and Bullying

Almost one-fifth of American students report bullying in schools, which can often result in long-term depression and, at times, suicide.

Freedom of Speech Should not Justify Violence

Massacre under Nazi Germany was done by uncontrolled freedom of speech or, as it can be called, hate speech. Be it the January 6 assault on the United States Congress or the promotion of white supremacist organizations from their powerful podiums, such activities are still promoted in America, which results in chaos. While the judgment regarding the efficacy of freedom of speech promoting hate can be a subjective thing, if it ends up taking people’s lives, it goes too far.

Should threatening somebody to kill be legal just because it is freedom of speech? Absolutely not, as it deprives the other person of mental peace and liberty, which is needed for mental well-being.

Even if a person has no intention to physically harm others, speaking along these lines results in freedom of speech going too far.

Free Speech must not be Used for Religious Intolerance

Freedom of speech should not be used to perpetuate violence against any specific religion. Religious institutions should be regulated in this regard, and those who are promoting intra-religion or inter-religion hate should be scrutinized.

Advertisements, whether political or simple, often escape the path of censorship even if they promote features that the targeted product doesn’t have.

The matter is so severe that advertisements are even known as legalized lying, as it helps brands brainwash the minds of people in one way or another.

As false advertisements can result in the physical, mental, emotional, and financial suffering of people, freedom of speech in this field should be regulated to the maximum possible extent.

The rise of social media has intensified this advertisement fraud concept since digital marketing is taking over the traditional form of marketing. It is easy to mislead someone sitting behind the screen when just some powerful visuals can deceive anybody. Political Lies Should not Come Under Free Speech

Political lies mostly go unnoticed in any election, but they should be treated as hate speech.

This is the classic example of freedom of speech going too far, as it manipulates people’s perception of winning elections by undermining the image of the opponent.

Similarly, it is detrimental to the future of any country as it brings non-competent people on top.

The fake birth certificate of Obama went viral during his presidency, which claimed that he was born in Kenya. But when it was fact-checked, it was found that he was actually born in Hawaii.

Political lies are a common phenomenon, especially during election season. Many politicians, with the help of social media handles, political advertisements, or using many other dirty tactics, spread these political lies.

Freedom of speech can be a powerful tool to bring justice to any society and curb human rights violations.

But at the same time, it can be an equally dangerous concept if it goes unregulated. Since the onslaught of cybercrimes, the duty of governments to control freedom of speech has increased manifold as it gives more room for the perpetrators to spread hate.

Denigrating others based on the so-called freedom of speech and racial or ethnic purity should be discouraged, or it can bring the whole world to chaos.