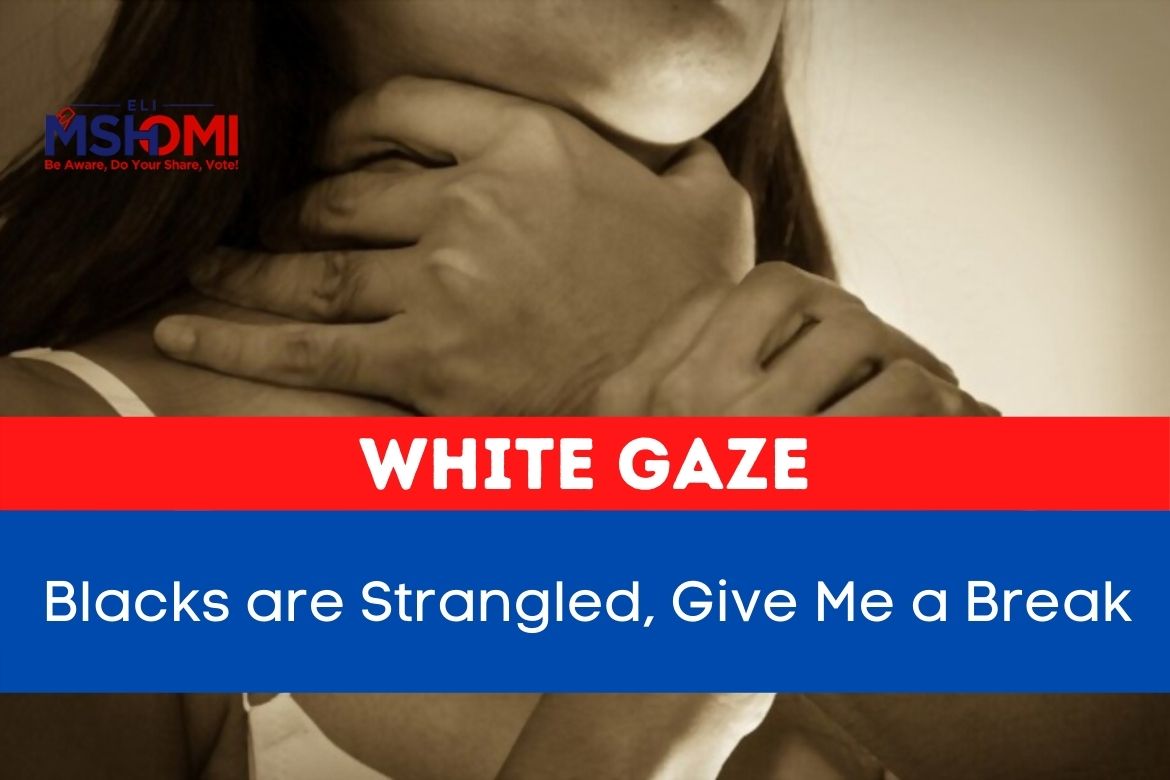 The inherited racism in the social structure of the United States is adapting the shape of cultural war. This time the Black customs, their culture, way of living, and the social norms are in danger in the USA due to the white gaze that they face in every domain.

White gaze is the inherited stereotypes that force people of color to adopt a specific behavior that goes in line with social expectations. This way, if African Americans try to live by their culture, they are often disenfranchised by the white gaze.

Living in a highly bifurcated society driven by xenophobia, people of color are the real victim of cultural invasion. Unlike many developed democracies where high and low cultures live side by side without gazing at each other, Blacks in the United States are forced to observe code-switching on a regular basis.

Code-switching is a behavioral pattern in which the subjected people switch their behaviors back and forth to stick to societal needs at a given place and time. This switching can range from changing language dialects to all other behavioral patterns that might impact social dealings. Blacks in Danger Due to White Gaze: Code-Switching in Action

The implications of this code-switching are often severe for the Blacks, which can be seen in the economic and social patterns.

It is pertinent to note here that the white gaze may or may not come from white people. In fact, some blacks have a white gaze, where they see other people of color in a strange manner. For instance, the way African immigrants see African Americans’ dress code as a weird entity is a classic example in this regard.

At times, too much stereotyping forces Black people to change the way they live. This leads to rising mental and physical health issues. Not only this, but it is one of the persistent reasons for the increasing racial trauma in Black people.

This code-switching driven by the white gaze is omnipresent. Studies suggest that African American children observe code-switching when they try to speak a white English accent in the classroom routines, while afterward, they speak vernacular English in their normal environment.

This “ours vs. theirs” English strains African American children so much that they are being pushed into unnecessary patterns of thinking and acting.

The pervasive discrimination which motivates Blacks to do code-switching can also be seen in other social interactions.

Studies suggest that many times, Black people try to behave differently to avoid police interactions because they know that they are likely to be the potential victim of the police brutality.

This lens of bias through which police officers look down on Blacks also encourages people of color not to run, even when they are afraid of some situation, so that they must not look like a suspect. White Gaze and Code Switching: An Instrument of Racial Trauma

Playing white can put many people of color at crossroads. While they first get bullied by white supremacists about not behaving in a certain manner, when they change their behavior, many of them can be bullied from within their community. All of this puts the people of color at the cultural crossroads and too much ambiguity.

Having the hanging sword of code-switching on them contributes to their mental sufferings. It is one of the reasons for the mental burnout, pushing Blacks into the decision fatigue dilemma and depleting their cognitive resources in the working environment.

Who could forget the Zimmerman trial when, despite being a star witness, the testimony of a Black lady, Rachel Jeantel was ignored just because of her dialect?

The White gaze cannot go better than this when a murder trial is decided based on the white gaze, and the testimonies of the people of color do not hold any water because their “speaking style” does not match with whites.

Those who successfully follow code-switching get away from white bullying, while those who fail to do it suffer the consequences.

These are the avenues where legal jurisdictions have little role to play as far as the general public is unable to measure the severity of the situation.

Unlike the racist practices of dislocating Blacks with gentrification, suppressing their voices via laws, or enforcing punishment on them through brutal police practices, the white gaze is even more dangerous.

The need of the hour is to understand the importance of diversity in any society. That no culture can survive without peaceful coexistence with others is a reality which everyone needs to understand, or else the cultural war is inevitable.