White Supremacist in Action Against White People: Just Another Sort of Racial Violence 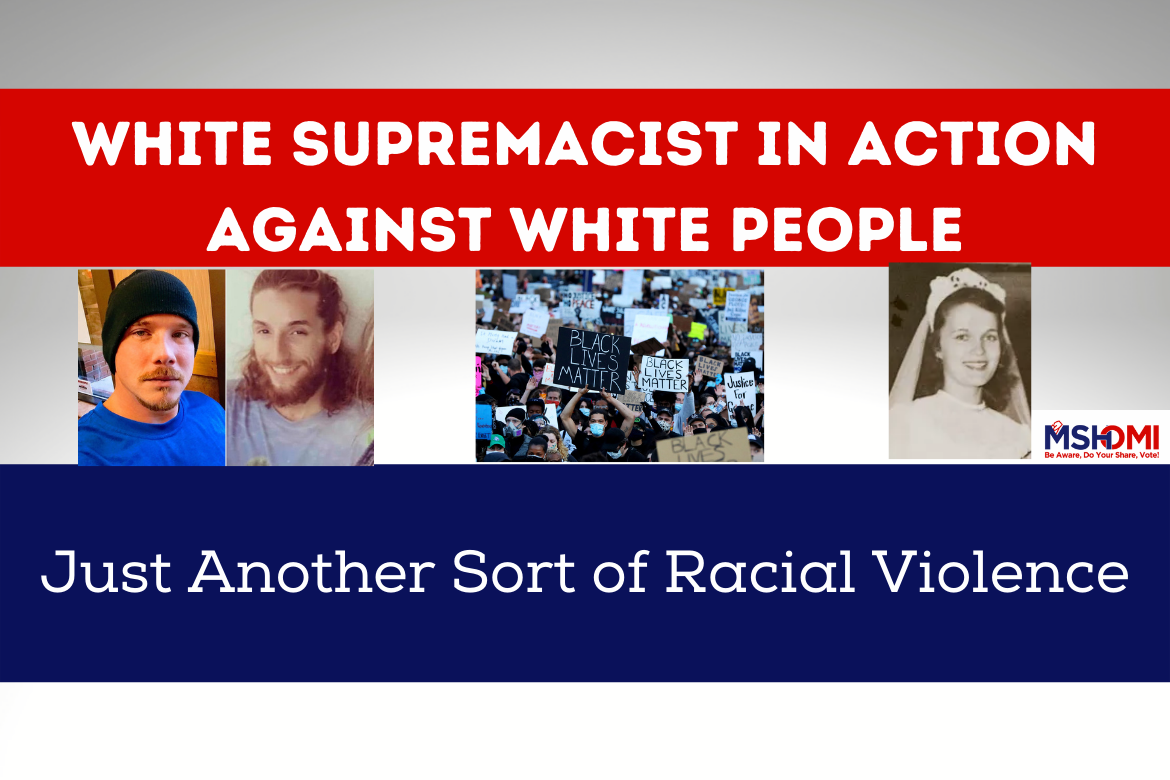 White supremacists killing people of color have long been a controversial phenomenon in the United States.

However, the very same supremacists targeting white allies who sided themselves with Black people have also remained at the receiving end of violence.

Undoubtedly, labeling people killers based on their skin tone and facial features is a long-forgotten phenomenon that was perpetuated by Lombroso’s theory of criminology, which believed that criminals could be identified by the facial features they hold.

However, like in other forms of violence, many white allies stand by the people of color who are subjected to violence. But the very same people also became vulnerable to threats.

Kyle Rittenhouse, for instance, was acquitted of five charges in the aftermath of shooting two white men, Joseph Rosenbaum and Anthony Huber.

He argued in a Fox News interview that he was not a white supremacist and, in fact, supported the Black Lives Matter movement.

Tucker Carlson, the interviewer, suggested that Rittenhouse cannot be a white supremacist because people who were killed were also white.

However, in reality, those were the people protesting against the brutal shooting of another Black man,  Jacob Blake, who was left paralyzed after receiving gunshots from a police officer.

William Luke was lynched for not defending the status quo in the White dominant society and supporting Blacks cause.

But these white allies receiving discrimination from white supremacists is not a new phenomenon at all. William Luke, a landmark personality of the 19th century who helped Black people to gain ground in the field of education, was discriminated against because he sided with Blacks in a highly conservative society that discriminated against the people of color systematically.

William Luke was an Irish immigrant and a pastor from Ontario who was lynched in 1870. He was one of the founders of Talladega College, Alabama, which had a motto of freeing Black people from white oppression.

Luke, himself, taught in the same school. However, while he was doing all of this, he was violating racial laws that discriminated against people of color.

Not only did he support Black education, but he also preached equal pay for Blacks in addition to claiming that Blacks and whites were equal.

Similarly, in a peace gesture, he lived with a Black family for some time, which itself was a violation of anti-miscegenation laws.

He helped Black people in equipping themselves with guns necessary to defend themselves in a highly racist society. Thus, many Black people marched in the street amidst the protests that were sparked by the killing of another Black man.

White people were not accustomed to this scene back in 1876 where Black people got r guns in their hands.

Ultimately violence erupted, resulting in Luke’s lynching by the white men who released him from police custody to kill him extra-judicially. The whole activity was engineered by Ku Klux Klan.

Jean Graetz was among one of the few White people in Montgomery bus boycott protests, who amplified Blacks voice during the protests.

The next century was also marred by similar sort of violence, and white allies who sided with Blacks in defending their rights were exposed to the same violence. Jean Graetz and Robert, a white couple, supported the Montgomery bus boycott in 1955 and supported Rosa Park, the lady behind the start of the boycott.

The couple befriended Park and gave her a room at their place, where she held meetings for her agenda. Robert Graetz helped Parks amplify her message through his all-Black church, which helped people in gaining awareness regarding the issue.

Due to her influential personality, Jean Graetz launched a movement by getting media time for Blacks and giving them child care and lunches.

Ultimately, their home was bombed by white supremacists; however, the all-white jury failed to convict seven white men involved in the bombings.

These sorts of stories against the white allies are numerous, and the Kyle Rittenhouse episode is just an addition to this bulky book.
As long as courts continue acquitting whites who perpetrate violence against pro-BLM whites, the discrimination will persist, and racial justice will be far from achieved.

Protecting our Democracy Act: Time to Denounce Undemocratic Practices in the USA