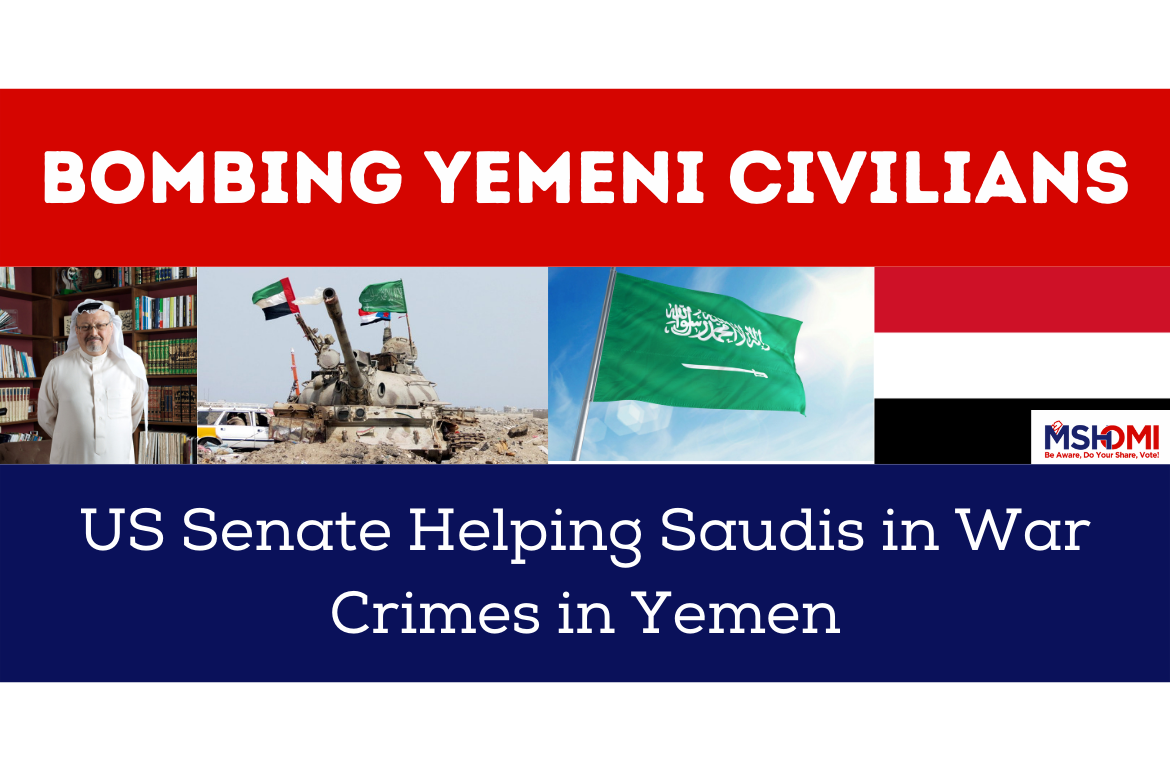 Despite the fact that the US has tried to help the warring parties reach a ceasefire, America has been continuously favoring the Saudis with offensive weaponry that the Arabian nation uses against Yemen-based groups.

The debate of helping Saudi Arabia for the “offensive” vs. “defensive” war in Yemen is a long-lasting topic in the American legislature. Despite Biden’s continuous rhetoric that he would make his foreign policy choices based on human rights, the US Democratic-led Senate failed to block arms sales to Saudi Arabia earlier in December. This allows the country to provide weapons to Saudi Arabia to use against Yemen.

When Biden assumed the presidency, he was of the view that Saudi Arabia would not be entertained any further for its continuous human rights abuses.

The report of Jamal Khashoggi’s murder further strained the relations between the two nations. However, these relations are normalizing with every passing day now.

As the USA gives the Saudis the go-ahead for air-to-air missiles and missile rail launchers, the increasing boldness of the Saudis is imminent against Yemen. And this was apparent as the Saudis perceived the US Senate’s signal as a green light to attack the already troubled nation.

A week later, when the Senate took this controversial measure, raining missiles happened in Saudi Arabia’s neighboring country, resulting in many deaths.

In November 2021, civilian casualties in Yemen were at a sixteen-month high with increasing bombing rates.

Offensive Vs. Defensive Realism: Democrats are Fueling the Fire in Yemen by Spinning Facts

When the President pledged not to support the Saudis militarily anymore, a glimpse of peace emerged for a short while. However, when the White House announced to give  $650 million of weapons to the Saudis, it acted as a catalyst to increase violence and human rights abuses in the world.

Despite seeing Saudi’s offensive record against Yemen, the Biden administration concluded that the provision of the weaponry was for defensive purposes.

The US uses the same logic to help Israel for building its landmark Iron Dome, and give them enough money every year to kill any rising movement in Palestine, further extending human rights abuses.

The offensive vs. defensive debate in the US Senate was largely symbolic, as the lawmakers ignored some basic assumptions on why the Saudis perpetuate war against the Houthis in Yemen.

The latest gesture by the Biden administration portrays that even if Saudis go on an all-out assault against Yemenis, Democrats will remain aligned with the Arabian nation. As a matter of fact, the US will only accept the Saudis version of events.

Some of the basic facts which US Senators ignored include that Saudis merciless bombings against Yemenis have destroyed the ports of the country, which is ultimately starving children in the nation, kicking off a humanitarian and hunger crisis.

With no access to seaports, airports, or land crossings, Yemeni civilians have nowhere to go. And this stood even more true in the pandemic when the destroyed infrastructure in Yemen compounded the pandemic.

Hospitals saturated with COVID-19 patients have consistently been facing power outages as the oil imports have been hampered due to the destroyed ports.

This is ultimately resulting in increased numbers of casualties in the war-torn region amid the pandemic.

Even though Saudi Arabia has been waging war against Yemen Houthis for six years with the help of the United States, the biggest military power on the face of the earth, no end to the war is in sight.

The situation is unfolding just like in Afghanistan, where the US failed to break the stalemate solely dependent on its military might.

The same is bound to happen in Yemen, where too many warring proxies will not find a way forward militarily, but it will only increase the suffering of civilians.

Despite continuous concerns of progressives against the arms deal, the progressive caucus failed to materialize their efforts in Congress, which will keep biting the United States whenever any civilian dies in Yemen.